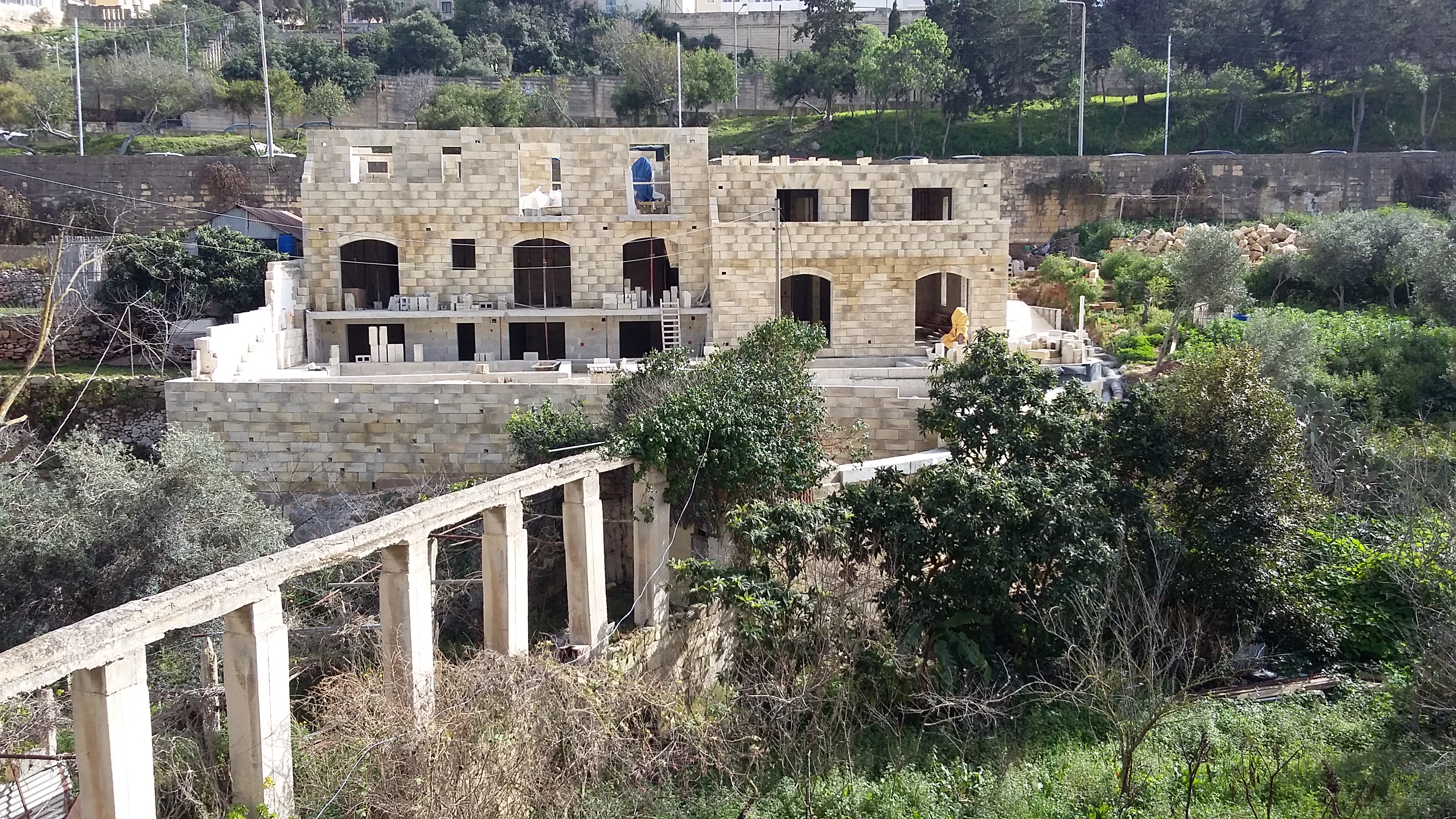 A previously approved application which would have seen two dilapidated buildings demolished and instead of which two houses including a pool to be built, was short-lived. The dwellings which were approved as PA/7524/16 were constructed. The developer has now applied for a change of use of approved dwellings to a guest house which consists of 11 guest bedrooms and one two bed-roomed guest apartment.

The site lies in out-of-development zone.

Many have filed their objection against the proposed change of use citing the negative impact on the surrounding area. Others have noted that when the application was once approved, the development was meant to be the development of private dwellings. However they pointed out, that a change of use into a guest house, would lead to the commercialization of Wied Għomor and ultimately its destruction.

For those familiar with Wied Għomor, the site lies just across the valley where recently another guest house was approved, and over which the local council has appealed. The activist group Saving Wied Għomor urged the public to submit their representation and object to the proposed commercialization of the dwelling.

Please submit your objection to PA8278/18 Wied Ghomor. Here is the link. You may wish to use our Objection…

Posted by Saving WIED Ghomor -NO to Quarry and other Development on Friday, October 26, 2018

Christoph Schwaiger   January 24, 2020
Former PM Joseph Muscat was found to have breached the code of ethics of ministers but has escaped facing “further action” against him since he resigned from his position, the Commissioner for Standards in Public Life has concluded.