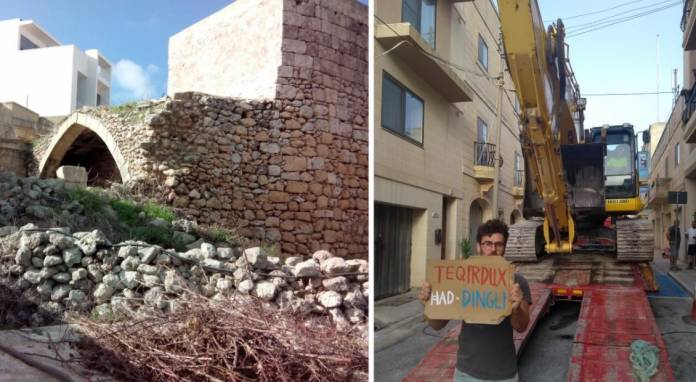 This contrasts to what Infrastructure Malta has previously claimed, saying that no permit was required as the “road is schemed in the North West Local Plan of 2006”.

The NGO called on the Infrastructure Ministry and the Environment Ministry to halt the plans to build this road. It also called on the authorities to remove the incomplete road drawings from the Local Plan.

Moviment Graffitti explained that upon inspecting the Local Plan, the schemed road which is shown on the PA GeoServer is incorrect, adding that it did not match the Local Plan.

The Local Plan indicates only the street alignment on one side and fails to show the alignment on the other side, Moviment Graffitti explained, adding that this is because half of more of the road would fall on land designated as out of development zone.

“[This] requires a full development application to construct and not as claimed by Infrastructure Malta on numerous occasions,” Moviment Graffitti remarked.

The development of the road was met with protests from residents, farmers and Moviment Graffatti. The works were stopped with the heavy machinery driving away following some four hours of protest. 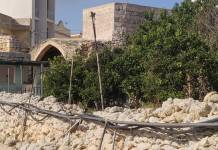 “If members of Moviment Graffitti, residents, and farmers had not stopped the works in time, not only would have the medieval church of Sta Duminka been in danger of collapse, the road would have been built without a permit as required by law, bulldozing over residents, farmers and arable private land,” the NGO said.

Moviment Graffitti accused Infrastructure Malta of pushing several illegalities including not officially notifying residents of the development that was going to take place in their land, attempting to commence work without waiting for the appropriate scheduling of the medieval church, and chopping 300-year old trees without waiting the requisite period as stated by law. 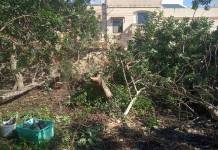