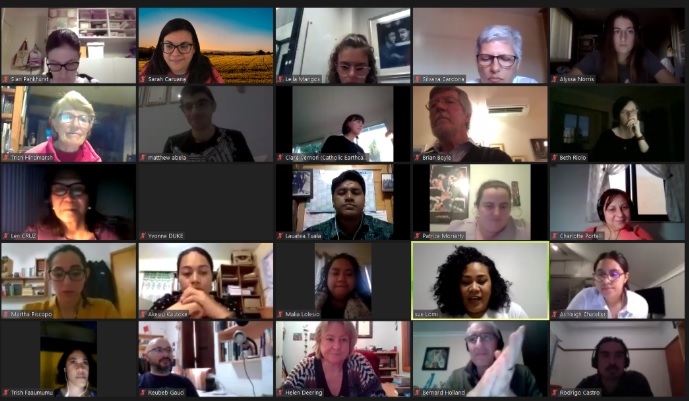 A number of Maltese members of Żgħażagħ Azzjoni Kattolika (ŻAK) got to share their experience living through this pandemic with a number of other youths from Australia, New Zealand, Tonga and Samoa.

The online meeting took place yesterday thanks to Catholic EarthCare Australia which was behind the organisation of this International Youth Meeting for 80 young people aged 16 to 25.

Due to the current Covid-19 situation, and being Laudato Si week between the 16th and 24th May, this organisation thought it was the perfect opportunity to bring together Catholic youths passionate about the protection of the environment and to help them share and discuss the environmental issues present in the world today, based also on the teachings of Pope Francis published in Laudato Si. Together they discussed how Covid and Climate Change, which are both existential threats, can be solved together economically.

The Maltese youths recounted how it was 8am in Malta but 7pm in Tonga when the meeting started. The Tonga participants had to leave as soon as the presentations were over because it was almost the 9pm curfew their country imposed to try to combat coronavirus. They were online from their workplace because they do not have sufficient internet connections in their homes. 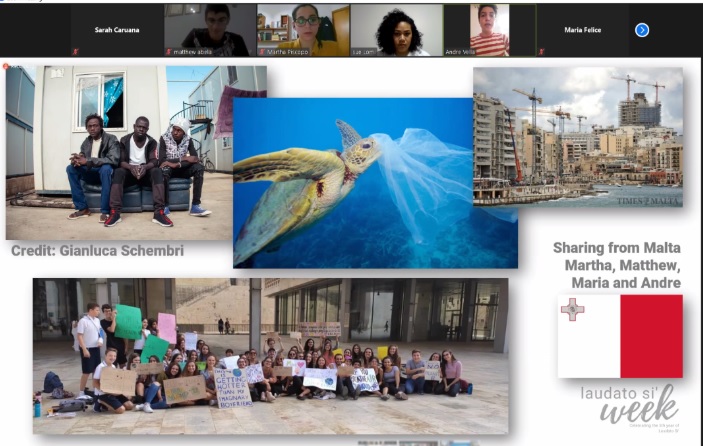 The young people from Tonga and Samoa spoke about cyclones which occur throughout the year. They explained how due to climate change, they are experiencing higher sea levels and severe weather which result in flooding, landslides, loss of homes and agriculture, and disruptions to essential services and infrastructure. They mentioned the problem to access clean water. They also pointed out that their countries contribute the least greenhouse gases, but are being impacted the most with climate change.

The Australians spoke about the issues they face with drought, the challenges brought about by bushfires and the loss of habitat on land and in the sea. The New Zealanders explained that even though New Zealand has the 51st largest economy in the world, one of the major problems they face is because there is no adequate public transport system across the islands. They also mentioned that one of the most profitable industries in New Zealand is oil drilling.

Meanwhile, the Maltese participants prepared a presentation based on four issues: the lack of education on environment and sustainability, the polluting of the sea, the issue of migration, which brings about discrimination, and over construction, which in turn leads to loss of biodiversity, destruction of habitats, the uprooting of mature trees, a spike in respiratory problems such as asthma and is depriving current and future generations from the basic human right of clean air and a healthy environment.

A press release by the Maltese participants says that this meeting gave the people involved more appreciation of Laudato Si and even though it is its fifth anniversary, it is more relevant than ever.

Demand is on the rise for Catholic education in Europe