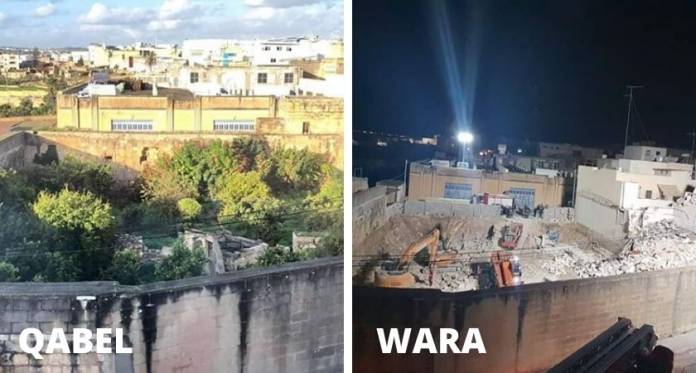 Photos shared with Newsbook.com.mt show that the site where ongoing construction works were taking place in Ħamrun and which caused the collapse of an adjacent family home used to be a beautiful garden some months ago. Miriam Pace, a 54-year-old woman, was killed in her family when she was trapped under the debris.

Sources speaking to this newsroom explained that the once beautiful garden was turned into a cemetery within a span of few months.

A search and rescue operation involving the police, a medical team and a team from the Civil Protection Department which took over eight hours found the woman lifeless on site. The body was only extracted from under the rubble around 10.30pm.

Earlier this morning, the victim’s niece urged the public to protect the people they cherished. “We failed her… we killed her,” her niece wrote on a Facebook post.