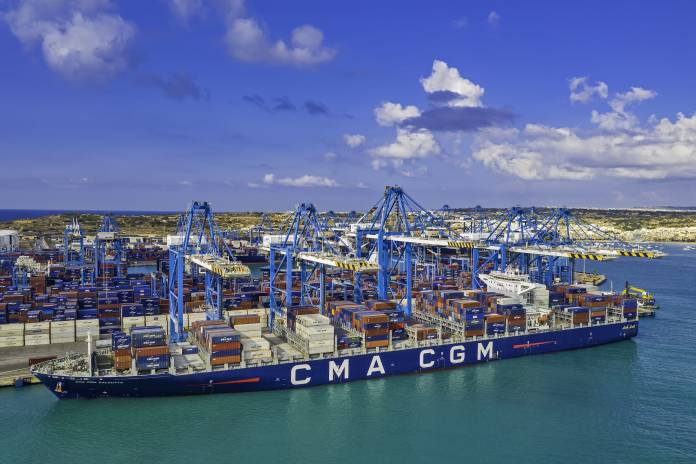 This translates to 147 moves per hour, making it the second biggest ever operation on a single vessel at the terminals. Five quayside cranes were deployed to carry out the operation on the vessel, that can carry up to 10,100 TEU containers, which berthed immediately on arrival and is now proceeding to the port of Beirut.

Malta Freeport recently invested over €30 million in new equipment and this year upgraded its Navis N4 operating system to version 3.7 to enable the terminal to move towards a semi-automated operation.

“We are still trying to find a fourth vessel” – Justyne Caruana