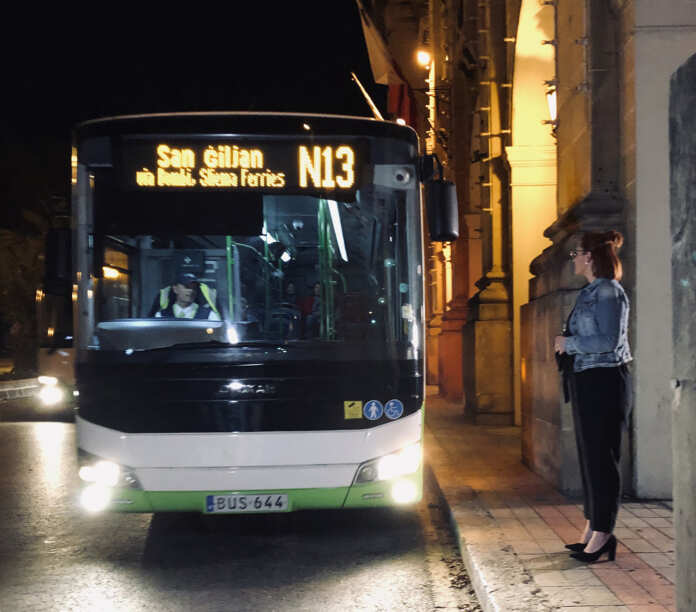 Malta Public Transport has announced that personalised Tal-Linja card holders will be able to travel free of charge on the night routes during the Easter holidays.

The night routes network has been recently up updated to offer more convenience to passengers. New routes are providing a more efficient network and serving more localities.

The offer is valid for night travel during the 19th and the 30th of April 2019. Passengers still need to pay with their card. The first two trips will be refunded.

Malta Public Transport is currently operating eight night routes which can be identified by the “N” in front of the route number.

Route N13 from St. Julian’s to Valletta via Sliema, Msida and Floriana

Are operating seven days a week

Route N50 from St Julian’s to Rabat via Birkirkara, Balzan and Attard

Route N71 from St Julian’s to Mqabba via Luqa, Airport, Żurrieq and Qrendi

Route N209 from St Julian’s to Żebbug via Ħamrun, Qormi and Siġġiewi

Operate only on weekends

The full night routes schedule may be viewed here