Former PN MEP Francis Zammit Dimech has been appointed as interim Secretary General of Partit Nazzjonalista after Clyde Puli resigned from the post last week. The vote was taken around 00.30am on Wednesday morning during a long Executive Committee meeting.

Newsbook.com.mt is informed that Zammit Dimech was elected with 56 votes to 6. Among the 11 committee members who chose to abstain during the vote, one finds Partit Nazzjonalista leader Adrian Delia and former Secretary General Clyde Puli. In its statement, however, Partit Nazzjonalista did not publish the vote.

On Tuesday, Newsbook.com.mt revealed that Zammit Dimech had started campaigning for the post, and has held a number of meetings with party sectional committees.

The former MEP will hold the interim post until the reform process which is being spearheaded by former MP and party veteran Louis Galea is completed. 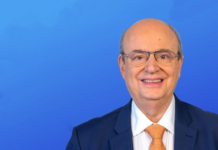 Newsbook.com.mt is informed that Delia opposed a proposal to immediately install a new leadership team. The proposal was put forward by Galea who is tasked with the party reform process. The conflicting views on the way forward led the committee to take a vote only on one of the vacant posts, and thereby electing Zammit Dimech.

In its late night statement, Partit Nazzjonalista said that “the statute reform process will move on to the next and final stage”.