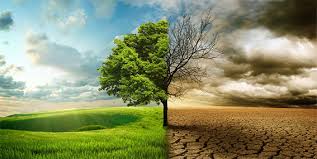 Three years after the publication of his environmental encyclical, Pope Francis has warned that current patterns of consumption, waste and environmental damage will have “catastrophic consequences”.

In his opening speech, Pope Francis told environmental leaders, activists and advocates gathered for a two-day International conference held at the Vatican to mark the third year anniversary of his encyclical Laudato Sì that governments and financial institutions must work towards the protection of the environment.

“All governments should honour the Paris Agreement to avoid terrible consequences for the environment,” he said.

Francis continued: “The patterns of consumption, waste and environmental damage have exceeded the possibilities of our planet.” He warned that this lifestyle could “lead to catastrophic consequences” and leave future generations with “a planet made up of deserts, ruins and dirt”.

The Pope said that the forthcoming meeting in Katowice, Poland, in December could be crucial to implement and expand the 2016 Paris Agreement on climate change. The Pope said: “The reduction of gases requires honesty, courage and responsibility, which should mainly come from the most powerful and polluting countries.” This statement might be read as a critique to U.S. President Donald Trump’s decision to drop out of the Paris Agreement.

Aside from governments, also other actors should be involved in this process. Pope Francis mentions “civil society, economic institutions, and religious organisations” as having a role in the struggles against climate change.

The Pope identifies financial institutions as a cause for the environmental crisis. He said: “There needs to be a change in the financial paradigm to promote an integral human development. International organisations like the International Monetary Fund and the World Bank can favour efficient reforms for a sustainable development.” He said he hoped that finance “can return to be an instrument aimed at a better production of wealth and production, and the protection of the environment.”

Pope Francis also spoke in favour of local customs and traditions. He said: “We must pay special attention to aboriginal communities and their local traditions. It is sad to see their cultures ruined by a predatory attitude, which represent a new form of colonialism.”

The Pope said that these attitudes are motivated “by the culture of waste and consumerism” and that we “have much to learn from indigenous communities”. He added: “They are the living memory of the mission of God: to protect our common home.”