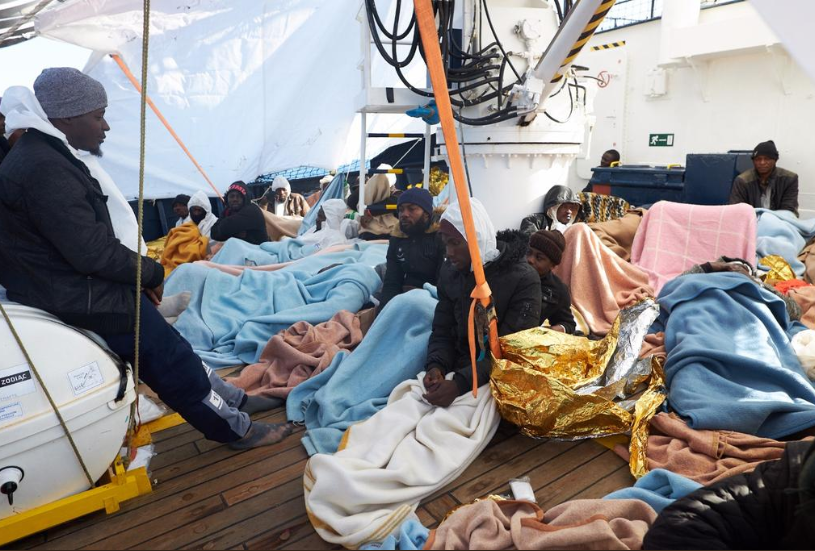 A crew member of the ship carrying migrants, the Alan Kurdi, has been evacuated for medical reasons. The medevac took place at about 21:00h. News book.com.mt is informed that the ship’s engineer was taken to Mater Dei Hospital. This was also confirmed by a spokesperson for the AFM.

Meanwhile, 27 NGOs have publicly signed a petition to government calling for permission for these people to find shelter in Malta. They said that MAlta should put humanity above all else and Libya can certainly not be considered a safe haven, particularly with the resurgence of hostilities. MAlta, insisted the NGOs can do much better.

French Interior Minister Christophe Castaner has said that he had spoken with his Maltese counterpart Minister for Home Affairs and National Security Michael Farrugia about 64 migrants, including 12 women and a baby, picked up off the Libyan coast on the 3rd April and stranded on a rescue ship, operated by the German charity Sea-Eye.

He said France and other EU nations would take the migrants stranded on the ship off Malta which has refused to let them disembark unless other countries help.

Earlier today, 27 NGOs, including the Commission for Justice and Peace within the Archdiocese of Malta had called on the government to allow them to enter Malta.

It has been 10 days since the Sea Eye-operated rescue vessel ‘Alan Kurdi’ has been unable to be granted a safe port in Italy or in Malta for 64 people still on board.

In the time being, two medical evacuations have taken place along with a resupply vessel providing food, water and clothing to the men, women and children.

Malta’s ambassador to Italy Vanessa Frazier today told an Italian news show that the situation would ‘be resolved in the next hours or tomorrow.’ However, after contacting the European Commission, Newsbook.com.mt was informed that ‘intense contacts initiated last week are still on-going.’

Italy orders migrants put in quarantine on a ship