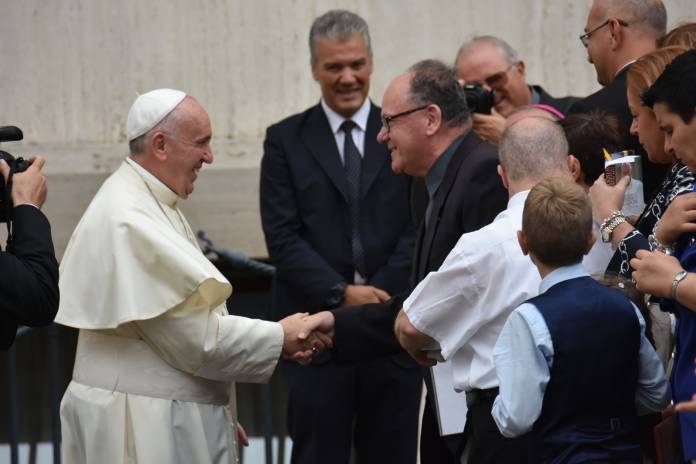 Dar tal-Providenza and Jesuits in Malta announced that Fr Lino Cardona has passed away. On Monday, after a swab, he tested positive for COVID-19 and taken to Mater Dei Hospital and put in the ITU as he was in need to be supported with a ventilator. Fr Lino Cardona passed away on Thursday afternoon.

Fr Cardona was born at Birkirkara on 5th July, 1944. He studied at St Aloysius’ College, Birkirkara from 1954 to 1961. He attended the Society of Christian Doctrine.

On 7th December, 1961 he joined the noviciate at Loyola House, Naxxar and on 8th December, 1963 he pronounced his First Vows. After two years of Juniorate, in 1965 he studied Philosophy at N. Aurora, Illinois, USA, and obtained a B.A. in Philosophy and Sociology from Loyola University, Chicago. In 1967 he started his Regency at St Aloysius’ College and in 1969 he studied Theology at Naples. Archbishop Michael Gonzi of Malta ordained him to the presbyterate on 2nd July, 1972.

Between 1977 and 2003 he taught various subjects at St Aloysius’ College and was Assistant Minister. He was also in charge of the public chapel and of the Bookshop at the College. He did pastoral ministries at the College and from 1993 he was the Religious Co-Ordinator at Dar tal-Providenza, Siġġiewi. In 1989 he took a Sabbatical year.

In 2003 he was sent to Loyola House, Naxxar, and was appointed House Treasurer and House Consultor. He was in charge of the Sanctuary of Our Lady of the Way in the House. He carried out  pastoral ministries in the Sanctuary and in the House.