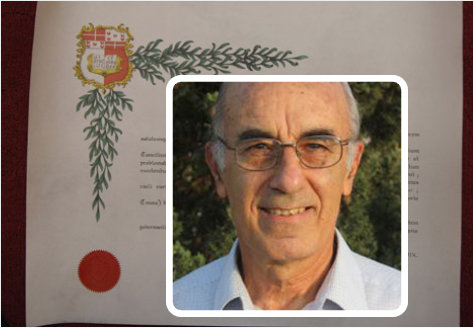 Never answer the phone during a meeting. This was something Fr. Darmanin insisted with everyone and which he religiously practiced. ‘The person or persons in front of you take precedence over the phone’ he used to tell us. They deserve your full attention, nothing less.

This is not something many people do easily. The phone, now the smartphone, is a stimulus which will get a response much faster than the bells from Pavlov’s salivating dogs. How can you hear the phone ring and not answer? Indeed how can you not look at your smartphone every other minute? How can you sleep and not have your phone next to you?  Does your phone share your bed?

Plusses and minuses of smart phones

The phone has many advantages and makes our life easier in many ways. But research has found that it also diminishes our attention span, our memory, our ability to focus, the depth of our friendships and can even be a psychological weapon. It can damage people, it can damage relationships.

When we are with our family, are we really listening to what they are saying or are we trying to answer emails or messaging friends and colleagues to get some things done before tomorrow? Is the smartphone sharing our dinner table too? Screen time is fast becoming a problem in relationships.

It is also a problem at our place of work. How often are we at a meeting and at the same time we are checking Facebook, Messenger, WhatsApp, Twitter, see what news is breaking, looking at a few pictures on Instagram, looking something up on Google and, of course, following all that is being said during the meeting. Is this multitasking?  Can we think productively when we are doing two, three or four things at the same time and giving them our full attention? Fr. Darmanin would have a very strong answer. He would say no, you cannot.

Many people knew Fr. Darmanin as a Jesuit, as a psychologist and as an academic. He introduced the first degree in Psychology and I was lucky to be in this first cohort. I was teaching at Stella Maris College when I first met Fr. Darminin, a meeting that was the beginning of a long-term friendship. The first course in the Myers-Briggs Personality Testing changed my life course and brought about major changes in my life on various levels. I am forever indebted to him and so are many other psychologists, friends and people he has helped. I have learnt so much from Fr. Darmainin, so very much. He studied at College St. Albert and Leuven University in Brussels, Gonzaga University in Washington, Gregoriana in Rome, Michigan State University in Michigan and Berkeley University in California. His degrees in Mathematics, Philosophy, Theology and Psychology did not make him an intellectual snob but enhanced his lectures and training seminars with a special insight into human behaviour. He never showed off about his invitations to give seminars in several countries in Europe, Asia, North America, Latin America and Africa. He loved travelling, always with one piece of hand luggage, nothing more. There were very few things he needed in life. He believed in detaching oneself from worldly treasures in line with the teachings of St Ignatius. He made sure that he does not get attached to anything worldly.

Many people do not know Fr. Darmanin as an organizational psychologist. He specialized in the Psychology of Leadership from Berkeley. He introduced psychology at the workplace and trained top and middle management, CEOs and Human Resource Managers. Thirty years ago few recognised the role of an organizational psychologist. One thing he insisted upon then, which may sound superficial to some, but which, nonetheless, is such good advice, is that the phone is a tool not a master. For many, phones have become their masters and the relationship they have with this object is sometimes stronger than many other relationships.

In his mission to disseminate psychology, he wrote books targeted at a general audience and took part regularly in TV and radio programmes. He had the skill of explaining issues in terminology, which everybody could understand. We used to tease him about Gloria Mizzi – a household name in television for a long span of time. He was her regular television guest.

Many know Fr Darmanin as a clinical psychologist. He was one of the few psychologists who was trained in administering the Rorschach test. He assessed and helped people without ever judging them. He trained hundreds of psychologists and I do not know one of them who does not look up to him. He incessantly strived to put Psychology on the public agenda.

An environmentalist and an activist

Fr Darmanin was also an environmentalist and an activist. He voted many times for Alternativa Demokratika and he publically said that he did. He wanted change and he believed that AD could instigate change. Way back in the mid-late 1990s, when access to Fekruna beach at Xemxija was cut off, he was there among all the young people who were protesting against this expropriation of shoreline that could no longer be enjoyed by the public. He did not mind when his photo was paraded on newspapers with the unwritten implication that Jesuits should not attend protests. Who knows what he would have done today when public land is being exploited by so called entrepreneurs for their very own profit.

I conclude with a lesson I have learned from Fr. Darmanin. When trying to bring about change, do it gradually, do it in stages. But when all things fail, ‘create a crisis’. Harness the power of the media. That is when people stop to think about what you are saying. I have seen it happen. Yes I have learned that when people do not want to listen to good reason then you must create a crisis. And how best to do that? By having what it takes to stand up to authorities even at the risk of being discriminated against, of being discredited. And to create a crisis, the smartphone can come in handy.

(On Novemer 23, 2018 the University of Malta conferred the Doctoral degree in Literature (Honoris Causa) to Rev. Dr. Alfred Darmanin SJ).