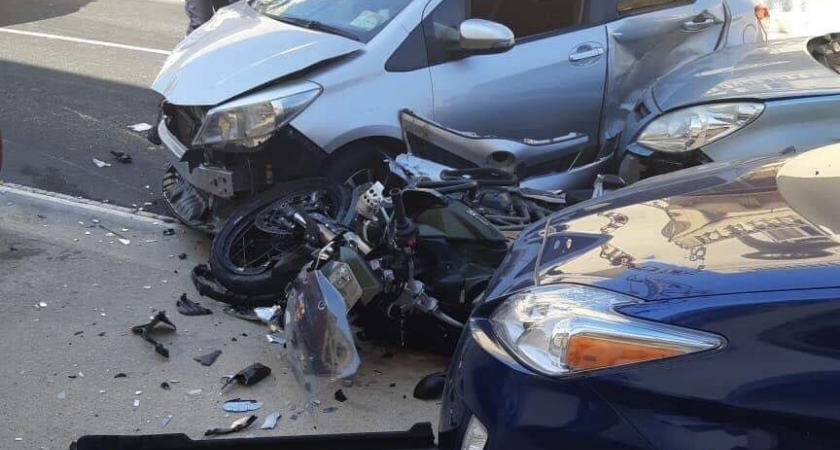 A collision between two cars and a motorcycle marks the fourth road accident in Għajnsielem. The motorcyclist is currently suffering from serious injuries.

The incident happened on this afternoon at around 3.45pm.

Members from the Civil Protection Department as well as an ambulance were called immediately on site. The ambulance transported the motorcyclist to hospital, where he was certified as suffering from serious injuries. The woman was also taken to hospital as she was suffering from intense shock.

Magistrate B. Sultana appointed several experts to assist in the inquiry. Investigations are still ongoing.

Għajnsielem mayor Kevin Cauchi said on Facebook that this is the fourth accident in the past fortnight and is urging the related authorities to take action on the matter.

Earlier today, the Police advised that the woman involved in a traffic accident on the same road a few days ago succumbed to the injuries she suffered.

Inauguration of the judicial year of the Maltese Ecclesiastical Tribunals

Coryse Borg   January 17, 2020
The Church Tribunals of the Maltese Ecclesiastical Province celebrated the inauguration of the Judicial Year on Wednesday 15th January 2020, at the Archbishop’s Palace in Valletta.