On Friday, the names of the MEPs who will sit on the new committees established in June were announced, four of whom are Maltese representatives. The committees will be focusing on taxation, artificial intelligence, foreign interference, cancer and animal transportation.

The members of these committees are chosen by the political groups, which communicate their selection to the Parliament’s President. Each political group is allocated a number of seats in proportion to the number of MEPs it accounts for in the whole of the EP.

The chairs and vice-chairs of each committee will be decided at the constitutive meetings in September. Each special committee is composed of 33 members, whereas the subcommittee and committee of inquiry have 30 members each.

Malta’s MEPs nominate Prof. Gauci and her team for the European Citizens’ Prize 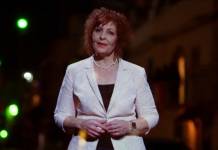