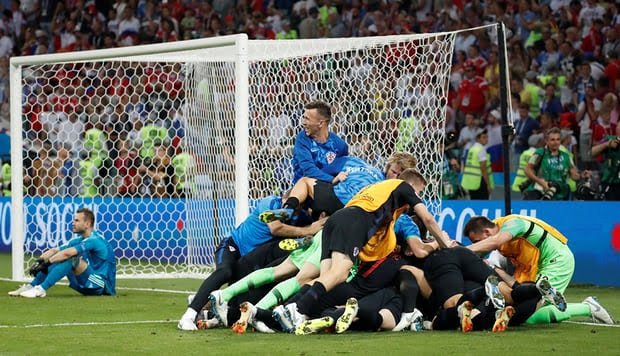 England, Belgium, France and Croatia have made it into the semi finals of the World Cup.

England beat Sweden to reach their first semi-final at a World Cup in 28 years and will face Croatia. The latter qualified after a nerve-wracking penalty shootout following a 2-2 draw. Russia displayed a never-say-die attitude and twice managed to equalize but fell at the final hurdle.

Ivan Rakitic scored the decisive penalty as the World Cup hosts crashed out of the tournament. Croatia last reached the semi-final stage in 1998.

Belgium eliminated a stellar Brazilian team and will face Didier Deschamps’ side. The two teams boast talented players in different areas of the pitch who can make the difference in big matches.