A Foundation for Transport has been launched, with the aim of working with various stakeholders to reskill and upskill the current and future employees of this sector.

According to a statement issued by the Transport Ministry, this is mostly due to the fast-approaching 2030 objectives and longer-term 2050 strategies for the adoption of greener modes of transport.

Transport Minister Ian Borg was invited for the launch of the Foundation for Transport in the presence of the Maltese President Malta George Vella.

In his speech, President Vella noted with satisfaction an element of holistic and mature vision with which the future and the desired improvements in the transport sector are being addressed, as a new cooperation between directly involved entities has been established.

The President appealed to prioritise the safeguarding of the natural environment in all our actions, and explained how the nation should also continue to do everything possible to minimise pollution on our land, in the air and in our seas.

The statement read that the Foundation for Transport intends to reach all possible modes of transport. This will offer various objectives and room for improvement including promoting, organising, developing and facilitating innovative services as well as creating training courses in the transport industry.

Minister Ian Borg said that “It is very important that now, more than ever, we start embracing and practising this philosophy in order to benefit from more sustainable transport.” He noted that thanks to this foundation, they will be improving the transport sector and will be encouraging the public that there are other modes of transport besides the private car.

Announced in 2018:
Only electric vehicles in the public sector by 2030 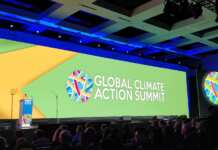 Do you think Malta can reach the 2030 objectives?