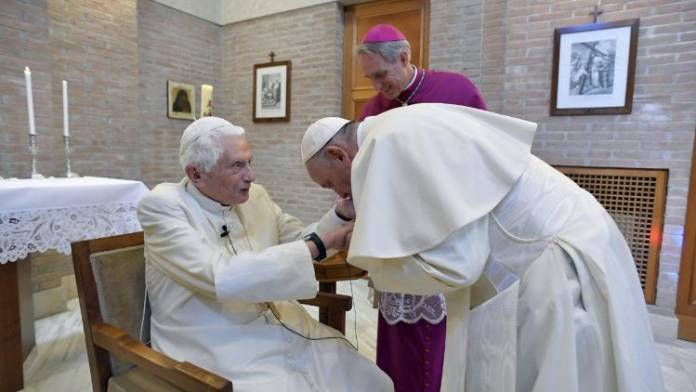 Former Pope Benedict XVI, is seriously ill. German media is reporting that the 93-year-old Pope emeritus’s health is frail and has been suffering from an infection that causes rashes that are painful and common amongst old people.

Benedict currently lives in a former convent in the Vatican gardens.

In June he left Italy to visit his older brother in Bavaria. The brothers were ordained priests on the same day in 1951.

Benedict was elected in 2005 to succeed Pope John Paul II.

In 2013 Pope Benedict announced that he was stepping down. He said that his resignation was due to health reasons.