Derek Chauvin, the former Minneapolis police officer charged with murder in the death of George Floyd posted bail Wednesday and was released from jail, leading Minnesota’s governor to activate the National Guard to help keep the peace in the event of protests.

According to court documents, Derek Chauvin  posted a $1 million bond and was released from the state’s facility in Oak Park Heights, where he had been detained. Hennepin County jail records show he was released shortly before 11:30 a.m.

Cellphone footage showed George Floyd repeatedly moaning and gasping while he pleaded to Chauvin, kneeling on his neck, “Please, I can’t breathe.” After several minutes, Floyd gradually grows quiet and ceases to move. 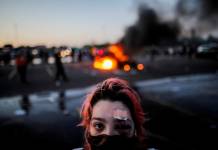 The murder of Floyd led to a number of protests in the U.S and around the world. 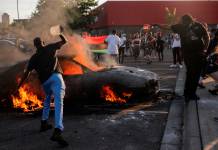 ‘Get your knee off our necks,’ activist Sharpton tells George Floyd memorial