The number of users residing in Malta who made use of illegal IPTV services will be determined once the Italian authorities conduct a forensic analysis of the servers which were seized in Operation Perfect Storm.

Speaking to Newsbook.com.mt, a spokesperson for the Italian Guardia di Finanza, the law enforcement agency which falls under the Finance Ministry, explained that once they conclude the forensic analysis, the number of users residing in Malta can be quantified. 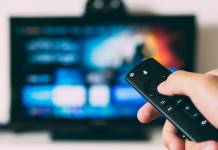 Asked whether such users and providers residing in Malta will face proceedings in Italy, the Guardia di Finanza said that those involved will be prosecuted in Naples, Italy. However, the spokesperson did not exclude that certain information could be passed on to the Maltese authorities to prosecute others locally.

Three properties belonging to the same individual were raided in Malta in connection to the crackdown on the illegal use of IPTV service. The search was coordinated by the European Agency for Criminal Justice Operation following a request by the Italian authorities on 10 November.

During the raid in Malta, the police found equipment used for the diffusion of IPTV signal including around 150 devices, together with approximately 48 Smart Satellite Cards, two smartphones and around €13,000 in cash.

A police investigation into the case is still ongoing, while no arrests were made since the operation was covered by a warrant of search and seizure as requested by the Guardia di Finanza.

Eurojust coordinated a crackdown on large-scale piracy and fraud with pay-TV and film streaming following a request by the Italian authorities.

The operation led to over 5,550 computer servers, which were used to transmit and store television broadcasts, live sports games and films without paying the legitimate copyright holders, have been taken down in Italy, Bulgaria, France, Germany, Lithuania, Malta, Romania, Slovenia, Sweden and The Netherlands.

Police across Europe crack down on pay TV fraud