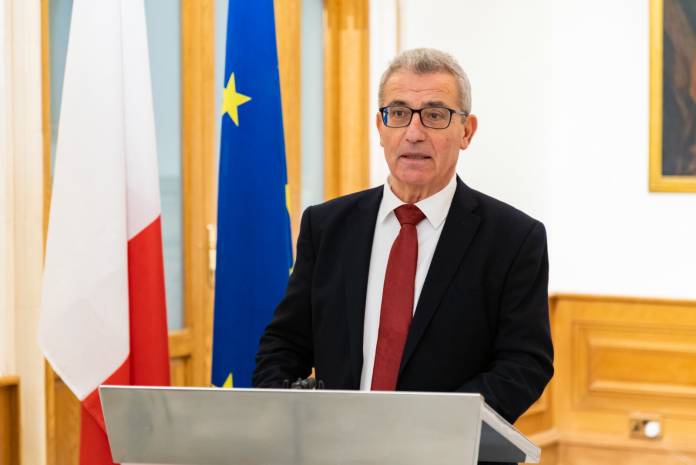 Foreign Affairs Minister Evarist Bartolo insisted that an effort needed to be made to address a “wave of racism” that had erupted following the controversy over Malta’s refusal to rescue and disembark asylum seekers who find themselves in distress at sea.

The controversy has erupted over claims that the crew of an Armed Forces of Malta patrol boat had sabotaged a group of asylum seekers’ boat, and that a number had died as a result of Malta’s failure to rescue them. Civil society group Repubblika ended up filing a criminal complaint over the matter.

Though these allegations were not specifically brought up in Parliament today, Nationalist Party leader Adrian Delia and Labour MP Jean-Claude Micallef asked Bartolo a number of questions on Malta’s migration policy, with Delia pressing the minister on Malta’s decision to close its ports.

Bartolo insisted that Malta acted properly, emphasising that Malta had only closed its ports after Italy had done so, and that other countries had acted similarly in response to the coronavirus outbreak.

He quoted the UN High Commissioner for Refugees Filippo Grandi, who in an interview said that the closure of borders across the world was understandable and generally necessary, whilst warning that such closures should only be temporary, as otherwise there would be a very serious human rights situation.

However, during the interview, Grandi also emphasised that there were ways to preserve the practice of asylum under present circumstances, including through quarantine systems and virtual interviews with people.

But Bartolo also emphasised his discomfort at the way people were capitalising on the matter to espouse racist ideology, stating that this month not only saw the opening of a hunting season, but also “a season of racism, as though we are not talking about people who are in a very vulnerable situation.” Delia added that he joined Bartolo in condemning the partisan behaviour of the far right.

Bartolo emphasised that the situation in Libya was worsening rapidly, as the ongoing civil war saw no signs of stopping. He noted that many Libyans were now also finding themselves in a desperate situation, and that they too – along with immigrants from other African countries, were starting to consider fleeing the country as the only reasonable option.

The minister said that while one could not assess how the coronavirus had spread in Libya, it was clear that the disease would spread rapidly, noting how many internally displaced persons had ended up living in cramped situations in Tripoli.

“The only hope they see is to pay 1,000 dinars to board a dinghy and attempt to cross to Europe. We are hoping to help avoid them reaching this situation,” he said, referring to Malta’s calls for humanitarian aid to Libya.