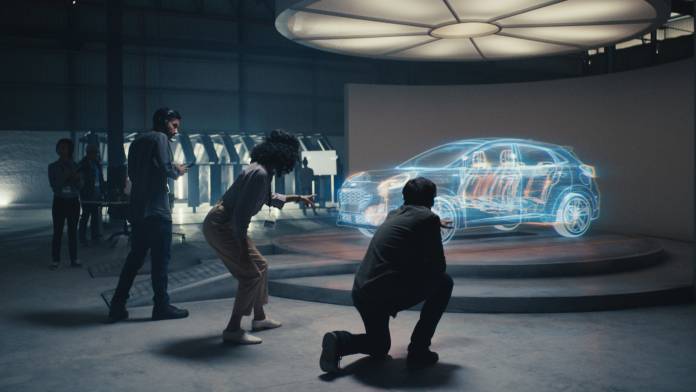 Ford is signalling a significant shift in its European passenger vehicle business with the introduction of a bold new brand direction named ‘Bring on Tomorrow’.

Committed to leading the way during a time of huge transformation for the automotive industry, Ford is delivering 14 electrified vehicles to customers by the end of 2020 and promising to electrify all future passenger vehicles coming to market.

“This new brand direction is much more than a marketing campaign – it is a new guiding attitude for Ford employees that reflects these fast-paced times and illustrates Ford’s position at the forefront of real change,” said Anthony Ireson, director, Marketing Communications, Ford Europe, “We are delivering a highly expressive product range with innovation and new technology that our customers will love, and it is spearheaded by the brilliant Mustang Mach-E.”

A second TV advert recently debuted in Italy before rolling out across Europe through the remainder of January and February and features the new Ford Puma crossover, which introduces Ford’s advanced, fuel-saving mild-hybrid powertrain technology alongside head-turning design.

A third TV advert launching in April will centre on the all-new Kuga SUV – Ford’s most electrified vehicle ever, offering plug-in, full-, and mild-hybrid engine options in 2020. All three adverts feature the track ‘Power’ by Kanye West, chosen for its energy and simplicity as well as lyrical themes of confidence, determination and modernity.

Highlighting Ford’s progressive spirit and underlining the company’s commitment to electrification, the TV adverts are all being produced by AMV BBDO and directed by Nicolai Fuglsig, who has won more than 175 accolades for commercial directorial work that includes four Emmy nominations, and the overall award in 2013. His previous credits include Sony’s ‘Balls’, Guinness’ ‘Sapeurs’, and Nike’s ‘Possibilities’.