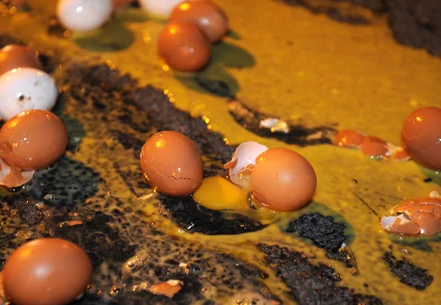 The National Commission for the Promotion of Equality (NCPE) has called a video showing a woman being pelted with eggs at a bachelor’s party, ‘wrong on so many levels.’

The organisation states that the video not only showed a woman being abused and pleading for the men to stop, it was also reinforcement of the unequal power relations between men and women in Malta.

‘The pelting of a woman with eggs was a sorry spectacle of domination and humiliation, reflecting and reinforcing the power of men over women in Maltese society. This is closely linked to the constant representation of women as objects for men’s pleasure and the broader unequal power-relations between women and men that legitimise and normalise such behaviour.’

‘The organisers’ justification that this abuse was perpetrated with the victim’s consent and against payment does not in any way change the essence of this incident: a group of men felt entitled to ‘buy’ a potentially vulnerable woman and took pleasure in assaulting her, ridiculing her and violating her dignity. Moreover, the video shows the woman begging the abusers to stop. This was meant to be a celebration of one of the men’s upcoming marriage to another woman,’ NCPE adds.