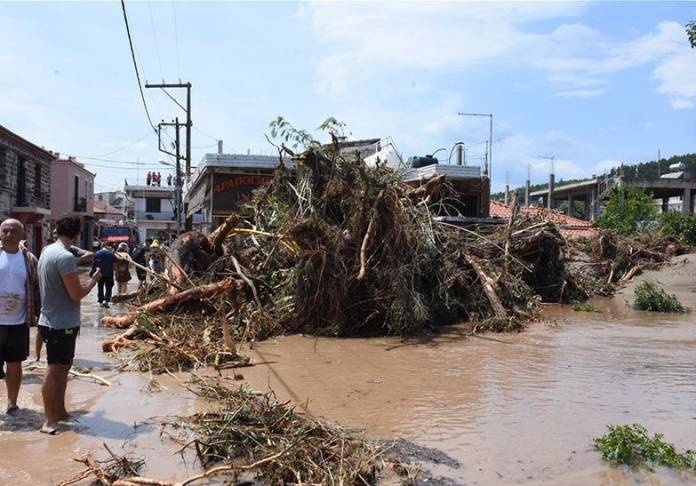 Seven persons were killed after torrential rain and thunderstorms caused flash flooding on the island of Evia, in Greece.

Rescuers were still searching for one person, who is still reported as missing.

Deputy Civil Protection Minister Nikos Hardalias, said that the country is facing a phenomena that was notexperienced before, adding that climate change is making it harder to predict their intensity.

63mm of rain were expected to fall within 24 hours, however the latest confirmed a measurement of 350mm of rain.