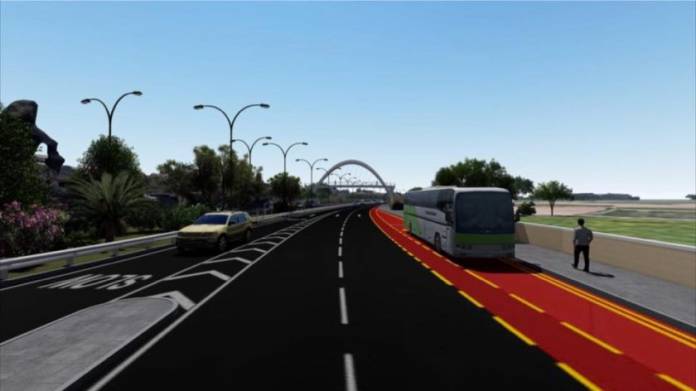 Fifteen ENGOs and residents yesterday filed an appeal against the controversial Central Link permit, stating that mostly the action is against the flagrant abuse of the planning system.

In a statement on behalf of the applicants, Bicycle Advocacy Group (BAG) insisted against the Central Link project.

The appellants also filed a request for the suspension of any works on site as they stressed that during the course of the processing of the application, various breaches of planning laws, policies, potential irreversible damage to Grade 1 Scheduled monuments, heritage buildings, principles of sustainability and the long-term detrimental effect on public health and safety were completely ignored.

They added that the Planning Board made its decision on the basis of documentation which is unseen and unpublished and objectors were dismissed so that this application could be railroaded for permission.

According to Moviment Graffiti, this project will see the destruction of 48,000 square metres of agricultural land, as well as the uprooting of 600 trees and the termination of the jobs of 47 farmers.

The appellants stated that the applicant agency Infrastructure Malta has a track record of commencing works without the necessary permits, citing urgency or other constraints. They noted that this effectively circumvents all legal parameters and scrutiny and makes it close to impossible for objectors and appellants to obtain any form of remedy.

“If buildings are already demolished and agricultural land excavated and trees uprooted, appeals can become expensive exercises in futility.”

The appellants stated that this appeal was one for the health of residents, for sustainability, for the environment; but mostly one against the flagrant abuse of the planning system.

Christoph Schwaiger   January 16, 2020
PM Robert Abela should commit to a clear timeline to implement the recommendations of the Council of Europe’s specialised bodies and Parliamentary Assembly in their entirety, according to the sons of slain journalist Daphne Caruana Galizia.

The wounds and satisfactions of Simon Busuttil