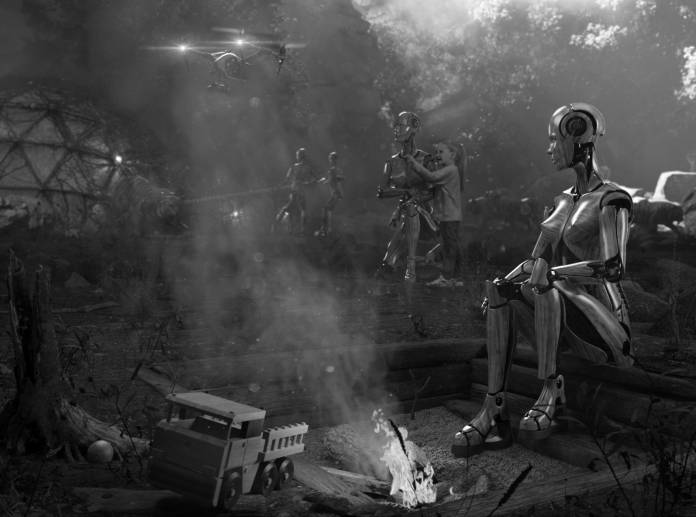 The Five Five project presents a series of speculative idyllic and dystopian scenarios placed in 10 different sites around Malta and Gozo.

The scenarios were developed using CGI technology by Solideye, a leading design studio, in collaboration with artist Glen Calleja and will be made available to the public in an online exhibition on solideye.eu.

The chosen sites include a diversity of environments, some highly urbanised, like the Mandraġġ in Valletta, others more rural and remote, like Filfla. The sites include Għar il-Kbir (Dingli), Dwejra, Filfla, Madonna taż-Żejt, San Dimitri, il-Lazzarett, Valletta train station, Buskett, Addolorata and il-Mandraġġ. Five Five looks at possible futures tied to these well-defined geographic sites.

Designers Roderick Galea and Josmar Azzopardi, from Solideye, have constructed a range of images representing anything from pristine natural environments where life unfolds in Paradisiacal harmony to environments where social tensions prevail. Calleja supported the design process by providing all the necessary archival research, sourcing facts and narratives that were critical to the development of the scenarios.

Scenarios like the troglodytic community of robots at Għar il-Kbir or the subterranean laboratory at the Madonna taż-Żejt well are layered with a wealth of detailed micro narratives that create an unsettling feeling.  The situations they represent are a series of orchestrated provocations to prod the imagination of the viewers.

Flora and fauna also populate these visuals. There are rats roaming the train tunnel in Valletta. In the Mandraġġ picture, stray animals, including a horse, seem to have taken over the streets and all of the lower part of the picture. A domesticated tiger lies in the background at Għar il-Kbir and giant bees fly around their golden hive in Kerċem. All the speculative scenarios, whether utopic or dystopic, are not barren of life and certainly do not belong exclusively to human protagonists. On top of it all, in a nod to artificial intelligence, humanoid robots also make an appearance.

The Five Five online exhibition is supported by Arts Council Malta and will be launched on the 5th June on solideye.eu For more details, you may visit the Facebook Page.