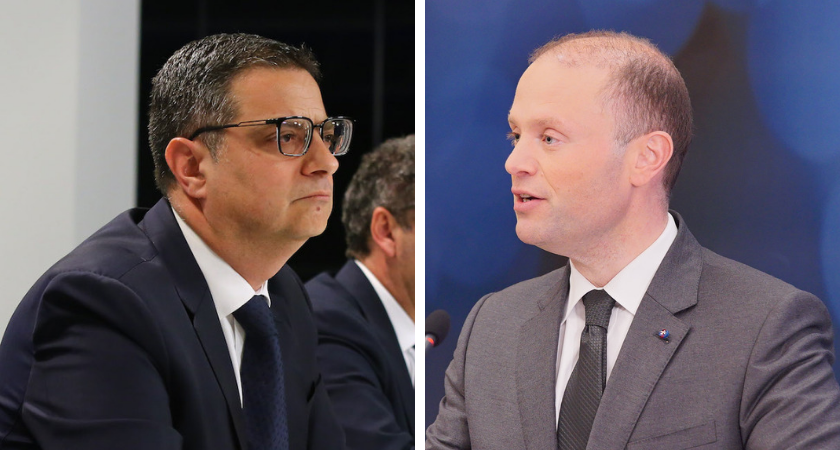 Prime Minister Joseph Muscat and Opposition and Partit Nazzjonalista (PN) leader Adrian Delia had their first political debate on the programme XTRA which was presented by journalist Saviour Balzan on TVM on Thursday.

Foreigner workers in Malta, the environment, the construction sector, the tunnel between Malta and Gozo, corruption, the assassination of journalist Daphne Caruana Galizia, legislative amendments and reports on Malta, were amongst the topics put under the lens.

Adrian Delia said that his party has trusted him with the leadership until the next general election and is therefore not considering this month’s European Parliament and Local Councils’ elections as a test.

When confronted with the fact that the PN did not have enough candidates for the Local Councils election, Delia said that Mdina is the only locality where the Local Council elections will not be held. From his end, Muscat said that his government reduced some of the local councils’ burdens by transferring road works back to central authority.

Adrian Delia then asked Joseph Muscat why he had not dismissed his Chief of Staff Keith Schembri and Minister Konrad Mizzi. Muscat replied that he is waiting for the magistrate’s report on the matter. He also said that he would have no issues if an independent inquest on the case of the assassination of Daphne Caruana Galizia is opened.

During the debate, the PN leader said that reports on Malta have shown that it’s the government abuse of the law that is the issue and not the country’s legal framework, to this the Prime Minister launched back by saying that his government inherited laws that needed to be amended by the previous administration.

The Prime Minister also said that he is determined to build the tunnel between Malta and Gozo, and whilst the Opposition leader said that from their end they are waiting for the reports, the PM rebuked and added that in Parliament both the government and the opposition have voted for the go ahead of the tunnel project irrespective of the reports.