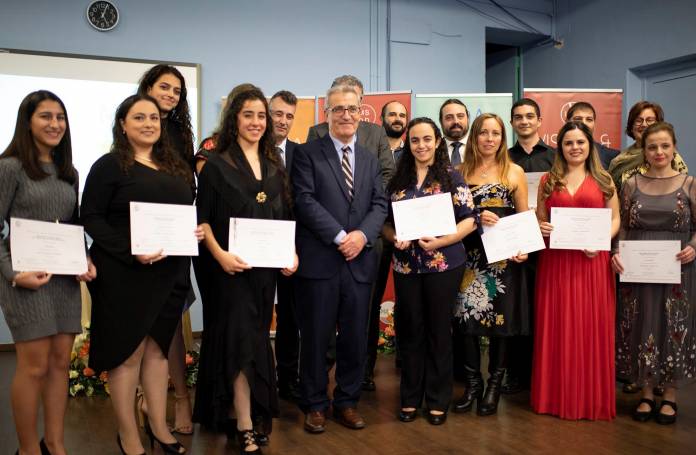 A graduation ceremony for the first cohort of students attending the Mikiel Anton Vassalli College (MAVC) and who have successfully completed their studies in the last academic year and obtained the level 5 Diploma took place on Friday 15th November 2019.

Around 4,000 learners are currently registered in these schools with nearly 200 teachers and educators with passion for the education of arts. This symbolic ceremony attended by the Minister for Education Evarist Bartolo also include a number of performances and presentations by the graduating students.

College Principal Victor Galea explained that, following this successful event, the college added another benchmark for success criteria. “Besides the continuous increase of registered students in these specialised schools – which fees are highly subsidized by the state – we need to see that the percentage of those who actually start and complete a study in any of the disciplines in the visual and performing arts needs to increase as well, he said.

A diploma or MQF Level 5 is the highest qualification offered right now at the Mikiel Anton Vassalli College.

School of Music hall to be used to store protection equipment

Creating opportunities within the performing arts for students of all ages

Over €3,000 worth of books donated to Gozo Visual and Performing Arts School

Do you want to be part of a youth music ensemble for an exciting performance in Valletta?