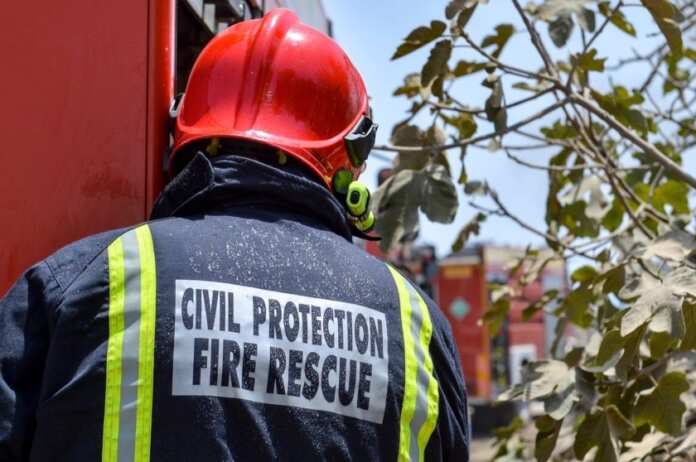 Fires have broken out in Xemxija on Sunday, and are spreading fast. Police are advising vehicle owners to remove their cars from the streets in the vicinity.

A Police spokesperson confirmed with Newsbook.com.mt that a fire was reported at around 3pm. Members of the Civil Protection Department and the Police Corps are on the Xemxija bypass controlling the fire.

“Crucial infrastructure is currently down”

In a statement, the Water Services Corporation (WSC) said that “crucial infrastructure in the North of Malta is currently down due to accidental power cuts.”

According to the corporation, as a result, sewage pumping stations in the St Paul’s Bay area may overflow.

In terms of water supply, WSC said that there may be pressure issues, but Enemalta has “already done an excellent job in restoring partial supply to the Cirkewwa Reverse Osmosis, so the situation should start normalizing soon”.

At around 4.00pm, a spokesperson for Enemalta told Newsbook.com.mt that there were power cuts in Saint Paul’s Bay. She explained that this should be fixed and returned to normal within an hour or two.

Later on, at around 5.00pm, WSC announced that the same infrastructure which was down due to accidental power cuts is returning back to normal operations. It added that if there isn’t yet another power cut, sewage pumping stations are no more at risk of overflowing.

‘Be the Artist’ winners announced

Staff Reporter   July 9, 2020
The selected artistic submissions will be exhibited at MUŻA, the National Community Art Museum, and will also be shown on Heritage Malta’s website and Facebook page.