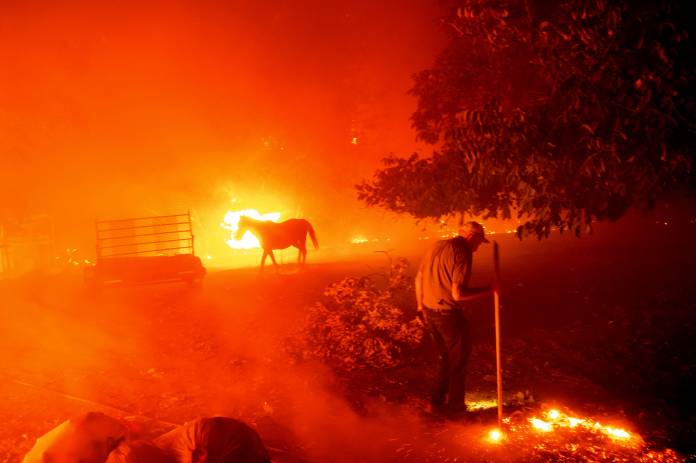 Tens of thousands of Californians had to follow evacuation orders as lightning-sparked firestorms around San Francisco Bay.

Firefighters resources had to work hard to their limits by the heaviest spate of fires caused by lightning strikes,  which hit California in more than a decade.

There were an estimated 11,000 lightning strikes in northern and central California. International news agencies report that these haveignited more than 370 individual fires this week, that threatened thousands of homes and prompted mass evacuations.

A resident from Sacramento was reported by CapRadio saying “Everything is gone.” He and three neighbors lost their homes near the town of Vacaville, about 55 miles (88 km) northeast of San Francisco.

As of yesterday, the biggest fires had collectively scorched more than 780-plus square miles, an area well over twice as large as New York City’s entire land mass. Scores of homes and other buildings were left in ruins, and at least two people have lost their lives.