A fire was reported at Marcel Pisani’s residence slightly before he went missing. The 50-year-old Mosta man went missing 10 days ago.

A Police spokesperson confirmed with Newsbook.com.mt that a fire was reported 28 December 2020. The Mosta Police at around 6 pm were informed about flames in a residence in Triq ix-Xitwa.

Preliminary investigations had suggested that there could be someone trapped inside. However, investigations proved in the negative. The property was vacant at the time of the incident. A Magisterial Inquiry is ongoing. 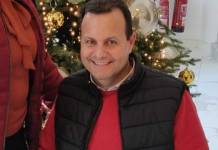 The first appeals to find the missing man were made on 31 December. The Police announced that Pisani makes use of a wheelchair and drives a Renault Captur. The vehicle is light blue in colour with a light brown roof. He was last seen at his residence in Mosta.

The searches for Mr Pisani are still ongoing the spokesperson confirmed. The Armed Forces of Malta and Civil Protection are assisting in the reconnaissance.

Any information can be passed on to the police confidentially by calling the police headquarters on 21 224001 or by calling 119 or by reporting at the nearest police station.