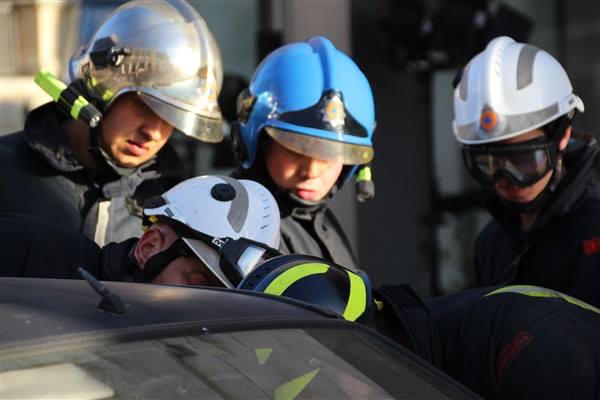 The 67 year old woman who was admitted to hospital this morning, has suffered only slight injuries, CMRU has told Newsbook.com.mt.

The woman had been admitted to Mater Dei Hospital in the early hours of today.

Fire outside apartment in Gzira; 20 people treated, 1 in hospital

Up to 20 people have been treated for smoke inhalation and one person has been taken to hospital following a fire which erupted in front of an apartment block in the early hours of this morning.

Police, Ambulances and the Civil Protection Department, were called to Triq ir-Rebħa in Gzira around 4AM.

The fire was quickly put out but it is reported that ‘some material’ was the culprit.

Residents of the block were evacuated from the scene and treated for smoke inhalation while a 67 year old woman was taken to Mater Dei hospital. Her condition is not yet known.

19 patients treated on site for smoke inhalation and 1 other being seen at MDH casualty after Rue D’Argens fire. Well done to our medical and CPD teams. pic.twitter.com/dzm1n02WHG