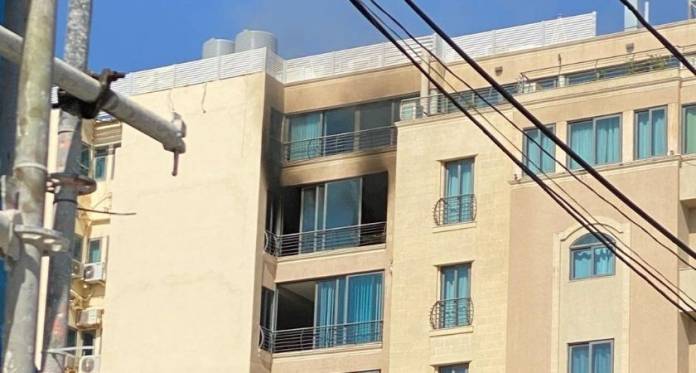 A fire has broken out on the topmost floor of a hotel on Triq ix-Xatt in Sliema, on Saturday afternoon.

A police spokesperson said that the report was filed at 3.15pm, at the time it was still unclear whether there were any people indoors at the time of the fire.

Firefighters were dispatched on site to put out the fire. The CPD evacuated the rest of the building and the fire was put out.

A police spokesperson later confirmed that there was no one on the floor where the fire broke out.