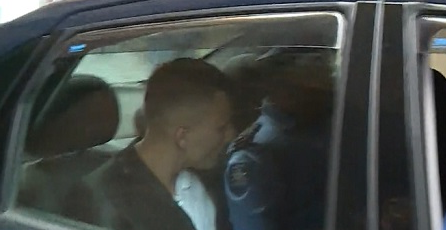 Liam Debono, who is currently being charged for the horrific injuries inflicted on PC Simon Schembri, was placed on probation and fined €5,000 on a string of separate cases. These include tampering with the chassis of a car and possessing stolen vehicles. His driving license was also suspended for 5 years.

When giving this sentence, the presiding Magistrate Joe Mifsud, said that he had kept in mind that Debono admitted immediately about these crimes, he was very cooperative with the police about the accusations, that he is under 18, and that he gave “a sincere apology” to the victims.

However, the Magistrate made it clear that “you can only drive a car once you have a license, and you can’t go around driving cars just because you are of-age.”

Meanwhile, in the hearing of related to the charges of causing grievous bodily harm to PC Schembri, PC Jurgen Falzon noted that the ‘wounds’ or marks on Liam Debono’s wrists were the result of handcuffs. “The wounds could have been caused by the handcuffs, sometimes even a wristwatch leaves a mark let alone handcuffs”, said the policemen in his testimony when asked by Liam Debono’s Defence Lawyer Dr. Franco Debono.

The police officer said that there was no conversation with Liam Debono immediately following the incident. He said that given the minor wounds on his leg and on his hands, they took him to the Floriana policlinic. Liam Debono’s car was not touched following the accident except for being towed and taken to the STC compound.