Billionaire Arkady Rotenberg who is one of the closest friends of Russian president Vladimir Putin may have used Barclays Bank in London to launder money and dodge sanctions, leaked documents suggest.

The FinCEN Files are leaked documents from the Financial Crimes Enforcement Network (FinCEN) that have been investigated by International Consortium of Investigative Journalists (ICIJ). The BBC’s Panorama programme is part of the investigation.

The United States and the European Union had imposed sanctions on Rotenberg in 2014 after Crimea in Ukraine was annexed to Russia.

The US Treasury Department designated Rotenberg, 68, and his brother Boris, 63, as members of the Russian leadership’s inner circle. Four years later Akady Rotenberg’s son Igor was also added to the US list of sanctioned individuals. 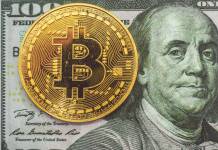 Arkady Rotenberg’s companies have been awarded various contracts worth billions of dollars by the Russian state in the recent years.

By sanctioning individuals, the US and EU cut off named people from the entire Western financial system. However the documents show that the Rotenbergs continued to move cash through the United Kingdom and the United States.

Barclays opened an account for a company called Advantage Alliance in 2008.

According to BBC, the leaked documents showed that Advantage Alliance moved €65 million (£60m) between 2012 and 2016. Most of the transactions occurred after the Rotenberg were hit by sanctions.

A separate investigation by the US had concluded that there was strong evidence that the company was owned by Arkady Rotenberg and was used to purchase art. He appears to have paid $7.5 to acquire La Poitrine by René Magritte despite being sanctioned.

The bank began an internal investigation of multiple accounts in April 2016. Advantage Alliance account was eventually closed six months later, however, according to the suspicious activity reports the bank only closed other suspicious accounts in 2017.

The BBC reported that Barclays said it met all of its legal and regulatory duties.