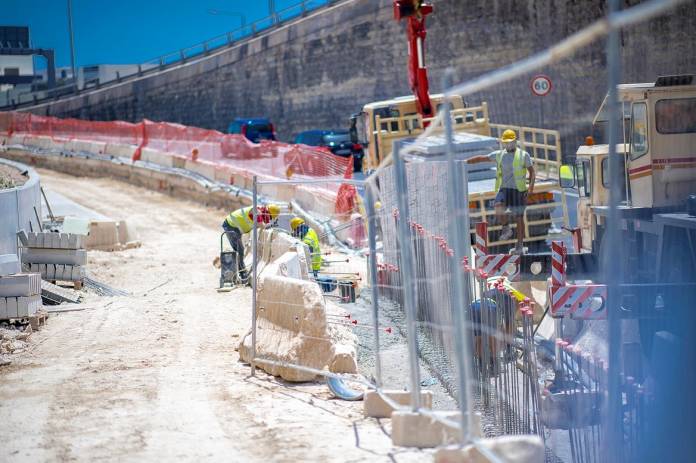 The second phase of the Marsa-Ħamrun bypass project is being implemented following another investment which widened this central bypass from four to six lanes.

Infrastructure Malta said that this second phase is planned to improve connections leading to the same main road. The aim is to improve the connections of the Marsa-Ħamrun Bypass with nearby localities, including Birkirkara, Santa Venera, Qormi, Ħamrun and Marsa.

During a visit on the project site Minister Ian Borg said that this project will cost over €7 million. The 2nd phase alone will cost €2.25 million. 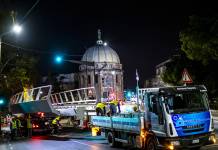 Minister Borg said that the project also includes environmental intervention, where the first vertical garden in a main road against the wall to the southbound side is part of the project.

As part of the works being carried out, Infrastructure Malta is rebuilding and reinforcing parts of the old wing wall structures of this road’s flyover and sections of the retaining wall of the Santa Venera Tunnels. All project works will be ready by the end of the this year stated Minister Borg.

The aim of this project is to facilitate cycling and pedestrian connections between this area, Ħamrun, Floriana, and Marsa.

In November of 2018 Infrastructure Malta announced that it will develop and new footbridge at Blata l-Bajda over Triq San Ġorġ Preċa next to the MUSEUM Society headquarters to connect Ħamrun’s Triq il-Kbira San Ġusepp with Spencer Hill and the Menqa area in Marsa including the nearby ferry terminals and the Floriana Park and Ride facilities.

This project’s cost is of €2 million and was EU-funded. 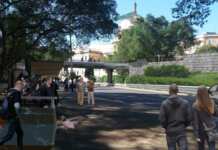