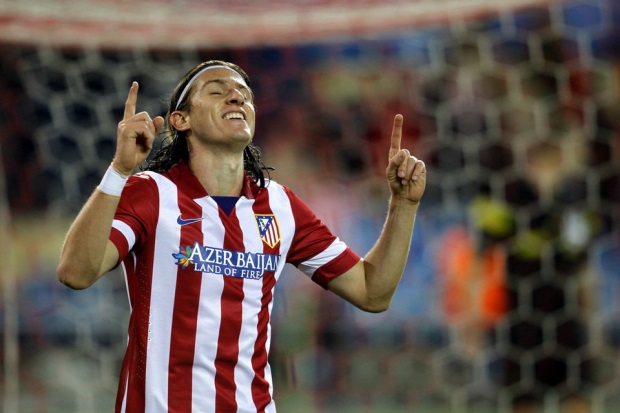 Brazilian left-back Filipe Luis has one year left on his current contract with Atletico Madrid and according to Spanish newspaper El Mundo, Paris Saint Germain are close to signing the former Chelsea player.

The 33-year-old has spent seven years at Atletico Madrid over two spells but looks set to leave Diego Simeone’s side after refusing to extend his stay in the Spanish capital. Reports in Spain have also suggested that Filipe Luis was disappointed to be left out of the starting line-up for Atletico Madrid’s 4-2 win over Real Madrid in the UEFA Super Cup.