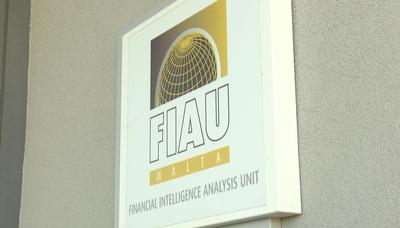 The Financial Intelligence Analysis Unit seems to be lost for words after the fulmination of the European Banking Authority. On Wednesday 9.45p.m. the FIAU published what observers in the sector described to Newsbook.com.mt as “a very weak reply” and promised more in due course. But almost 40 hours after the publication of the damning EBA report the FIAU has not discovered its so-called “due course”.

The watchdog of the European Union concluded its investigations into the workings of the FIAU by saying that the Maltese agency has breached the requirements of a directive on the prevention of money laundering and terrorist financing.

Furthermore it said that the FIAU failed to conduct an effective supervision of Pilatus Bank due to a number of failures, including procedural deficiencies and lack of supervisory actions by the FIAU after its decision to close the case without imposing any sanctions on the bank.

It was in February when MEPs asked the EBA to open a preliminary enquiry on the possible breach of EU law by the Maltese authorities in relation of the Pilatus Bank.

Late on Wednesday the FIAU said in a statement that it was disappointed with the authority’s conclusion and had serious reservations on the process it adopted to carry out its preliminary inquiry and the subsequent investigation.

Though the FIAU whose Board of Governors is chaired by the Attorney General Dr Peter Grech said that it would say more in due course it, up till now, said nothing more.

Monique Agius   October 17, 2020
The parcel was screened by the canine unit at the MaltaPost sorting facility when one of the sniffer dogs, Stan, reacted positively to the large parcel.