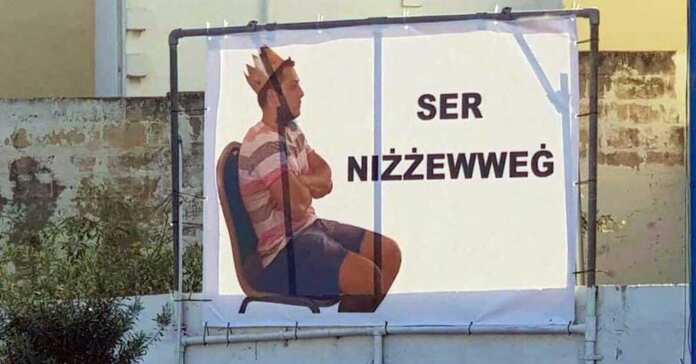 A group of friends decided to make an unusual joke involving a large billboard to celebrate their friend’s wedding.

One of them, told Newsbook.com.mt that when he saw the billboard he laughed however promised to get back.

On the billboard one can see the photo of the young man sitting and wearing a king’s crown, by the words “I will get married” written beside it.

Watch: ‘Marriage is not all rosy, but love gets you through’ – Archbishop Scicluna

Twice as many couples got married than separated in 2018

Humanae Vitae: The Beauty of the true nature of Marriage, the Family and Sexuality

Where Is the Accompaniment after marriage?