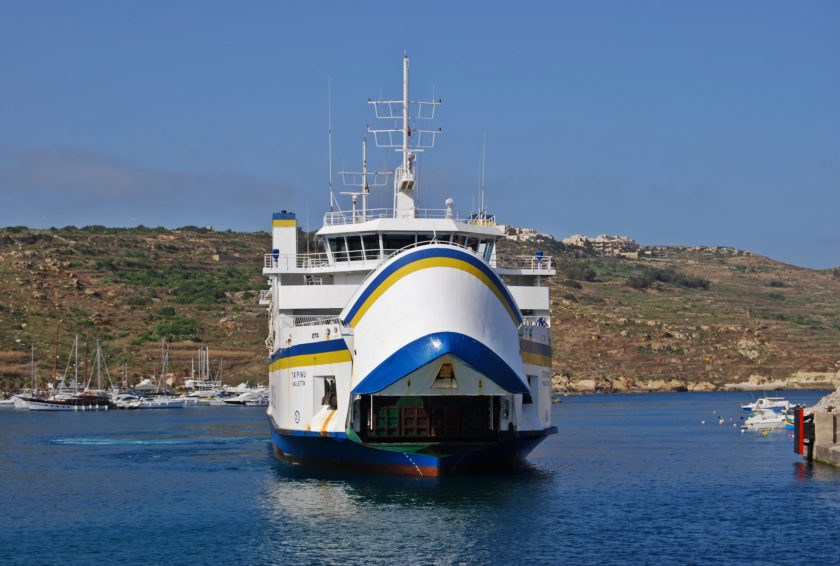 Speaking to Newsbook.com.mt a spokesman for the ferry service explained that the service is currently operating to its normal schedule although the weather forecast expects the weather to worsen in the coming hours.

This follows an announcement yesterday on the Gozo Channel Line Facebook page which stated that, ‘Due to bad weather forecast for tomorrow Gozo Channel would like to inform its esteemed clientele that the normal ferry time schedule could be effected.’

Current Ferry Operations/ VesselDue to bad weather forecast for tomorrow Gozo Channel would like to inform its esteemed clientele that the normal ferry time schedule could be effected.

The spokesperson explained that in the event that winds should reach Force 7 or 8 and originate from the South of South West, this would force the ferries to divert the route around the Eastern coast of Comino. It is understood that this move is done at the discretion of the Captain and aims to avoid the sea swells and strong winds.

Whereas the normal route takes around 25 minutes from Mgarr Gozo to Cirkewwa in Malta, the extension adds a further 12-15 minutes to the journey.

According to the Meteorological Office, the wind speed is currently Force 6 – 7 becoming Force 8 from the WestNorthWest direction.