Magistrate Nadine Lia has recused herself and will not be presiding over the hearing of the compilation of evidence against Yorgen Fenech.

A request was filed on Tuesday by lawyers appearing for the Caruana Galizia family. The Chief Justice will now assign the case to a new magistrate.

Magistrate Lia delivered the decree in her chamber.

Fenech’s compilation of evidence postponed; Magistrate to decree on recusal

The compilation of evidence was set to start on Wednesday morning, however the hearing was postponed. Relatives of slain journalist Daphne Caruana Galizia waited outside Hall 25, where various journalists were also gathered. Defence lawyers Marion Camilleri and Gianluca Caruana Curran were also around. However, it was only after 9am that everyone was informed that the hearing was put off. Magistrate Nadine Lia is set to decree on whether she would abstain from hearing the case later on.

38-year-old Fenech was arraigned on Saturday evening where he was charged with participating in a criminal organisation, complicity in causing an explosion, and complicity in the murder of Caruana Galizia.

Magistrate Nadine Lia was assigned the compilation of evidence however, the lawyers on behalf of the family filed a request, calling on the magistrate to abstain from hearing the case. Fenech’s lawyers have also sought Lia’s recusal. 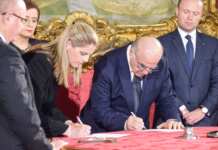 The prosecution is being led by Police Inspectors Keith Arnaud and Kurt Zahra. Lawyers Marion Camilleri and Gianluca Caruana Curran are appearing from the accused. Lawyers Jason Azzopardi, Therese Comodini Cachia and Eve Borg Costanzi are appearing as parte civile. 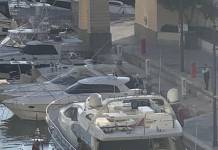 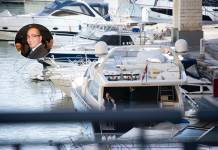 Unacceptable that Muscat is close to those accused of assassination – PN