More than €1.36 million were raised during the annual fundraising marathon, Feast of Generosity, in aid of Dar tal-Providenza. 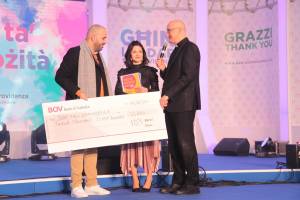 Among those who visited the home was Arthur Caruana representing 103 Malta’s Heart who presented €12,800 in donation. The funds were raised during the LIVE Music Marathon which was organised earlier last month. The marathon lasted a total of 30 hours and the public was invited to donate towards Dar tal-Providenza.

The day began at 9am with Mass celebrated by Archbishop Charles Scicluna. It will be followed by various performances and other entertainment on the main stage. The marathon will close at midnight. The event will be broadcast on leading TV channels. 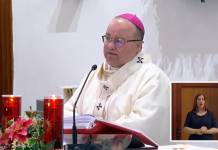 Fr Martin Micallef, the charity’s director, said that among the upcoming projects there is the opening of a new residence in Balluta, refurbishment and the installation of a new lift at Dar Żerniq, Siġġiewi, the refurbishment of four apartments at Villa Papa Giovanni, amongst others. A specialised training course conducted by foreign professionals will also be held for the management and staff working with the charity.

Donations can be made at the Siġġiewi home or by phone: