According to Deputy Prime Minister Chris Fearne, those who visit the Outpatients Department at Mater Dei, will benefit from free parking as from next March.  Given that around 500,000 appointments are set on a yearly basis, thousands are expected to benefit from this measure.

This information was announced by Deputy Prime Minister and Minister for Health Chris Fearne as he was interviewed during a Labour Party’s leadership campaign.

Mr Fearne said that “we will start first by offering free parking to those who have an appointment at the outpatients department, including also the emergency parking, eventually free parking will also be offered to the visitors.” In this regard, according to Fearne, parking is expected to be free for all at Mater Dei Hospital by the end of 2020.

Watch: Upon election, I will tackle poverty – Fearne 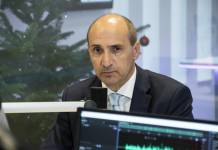 Chris Fearne further underlined that the health sector will always remain a priority on his agenda, should he be elected as Leader of the Labour Party.

Mr Fearne outlined some of the initiatives that were taken during the last years, citing the elimination of out-of-stock medicines as well as the reduction of waiting lists and overcrowding in certain areas. He also claimed that all along, obstacles were always turned into stepping stones as a way of promoting social justice.

Fearne reassuringly concluded by stating that these measures will continue under his leadership.