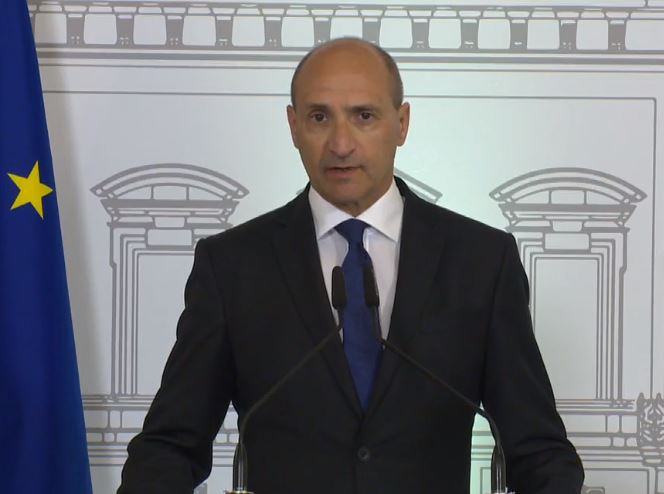 During the past few weeks, Deputy Prime Minister Chris Fearne was often the harbinger of bad news. As was his unpleasant duty, he informed us of the first case of coronavirus as well as of the first death. He addressed press conferences to announce restrictive measures which, uncomfortable as they were (and still are), were directed at controlling the national spread of the pandemic.

Minister Fearne repeatedly used a marine metaphor: let’s work so that the pandemic remains a wave that we can handle and does not become a tsunami that will drown us.

It was only fair that on Sunday he was also the one who gave us the good news. He informed us not only that in the past 24 hours there were no new cases of coronavirus but that there were 33 patients who are now clean of the virus.

He could announce these good results thanks to his leadership of a great team. Prof Charmaine Gauci was as visible, if not more than, Minister Fearne during these stages of the pandemic. But both repeatedly acknowledged the work of so many people including the multitude of persons working in different levels of the health and kindred professions. They also relied on the services of so many others, including manual workers,  who are still on the frontline to keep us safe and sound. The adage that ‘you are as strong as your weakest link’ showed up a team whose links were forged in the fires of adversity.

Fearne is a surgeon by profession. He managed the pandemic in the way a surgeon would do. He listened to the science, weighed his options well, took the measures that would give the best result while inflicting the least pain possible. Fearne stayed calm,  was clinical, and precise. In public, as expected from a surgeon, he hardly ever showed any emotions. Doubtlessly, in private he must have had many moments when he had to grapple with so many different sentiments and feelings, as well as rationalise on nagging doubts.

During the past few weeks Minister Fearne must have been under a lot of pressure, political pressure not excluded. Barring perhaps one exception (at least in public) his scientific approach always had his way. Informed sources say that the pressures are still there, the interests are still hovering just beneath the surface. It seems that there are those, persons in the highest echelons of government not excluded, who want to relax measures as soon as possible.

During Sunday’s press conference Fearne said that he is not taking any of this pressure on board. He clearly said: today we are not relaxing or changing any measure. It is only in the coming days, he said, that he and his team would revise measures only if the scientific, not financial, advice shows that relaxation of restrictions will not cause our society a relapse into the pandemic.

This is a very important declaration. We, like many others, are tired, not to say ‘fed up’ of staying at home. But this should not be the criterion of relaxing measures. Many are genuinely hard-pressed, financially or otherwise, and would be exuberant if measures are relaxed. Once more we say that this is not the most important criterion to relax measures.

Long term benefits should not be sacrificed for short term comforts or needs, however important those comforts and needs may be.

Minister Fearne on Sunday, realistically said that this is not the end of the pandemic. Far from it. There are still cases in the community which have not been identified. These can still cause problems. Then Minister Fearne mentioned the possible second wave. Extending the marine metaphor he said that we have to work to change the wave into a small and manageable swell.

Minister Fearne behaved as a scientist and not as a Jeremiah. He deserves our support, in deeds and not in words only.