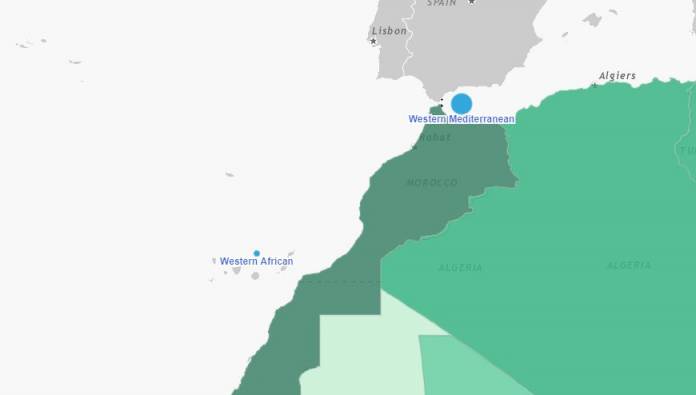 A 13-month old, Sephora, had been at sea for 4 days crossing the Atlantic Ocean that spans between Morocco and the Spanish Canary Islands. The roughly 100-kilometre stretch of water was undertaken by a group of 31 people. On the 16th of May, Sephora was ripped from her mother’s arms by the ocean, and her tiny body was found lifeless on a nearby beach a day later.

A report published by The Med Alarm Phone, a self-organised hotline for refugees in distress in the Mediterranean Sea, documented the immigration situation in the Western Mediterranean. They attempted ‘to document the situation of people on the move through Morocco’ from June to July 2019.

The report explained that one of the deadliest routes immigrants embark on is the one to the Canary Islands, a Spanish archipelago located in the Atlantic Ocean. The passage to the Canary Islands continues to be a more frequented option, with 455 people having arrived to the islands in 2019 up till the end of June. However, Alarm Phone noted that the distance from the points of departure in Morocco, Western Sahara or Senegal to the islets is ‘dangerously long’, and people embarking on such a journey must face a cruel and rough sea. ‘Many of the victims are simply buried at sea’, maintains the report.

The Spanish radio and news channel Cadena SER looked into Sephora’s journey. It uncovered details such as the fact that the women didn’t want to get on the boat upon discovering its condition, but were forced aboard. They suffered sexual violence on board, and according to court-appointed investigators, their life jackets were fake.

Other migration routes in the West Mediterranean include the crossing from Morocco to Spain across the Alboran Sea and the Strait of Gibraltar. However, the report notes that in June and July, of the 18 cases Alarm Phone was aware of, only 5 boats were ‘eventually’ rescued by the Spanish rescue organisation, Salvamento Marítimo. The other 13 were intercepted by the Moroccan Marine Royale. Furthermore, according to Alarm Phone, the Spanish rescue organisation tend to alert the Moroccan Marine Royal when they spot a boat.

Therefore, the organisation concluded that despite the fact that it is the most attempted route, it is no longer one of the most promising sea routes to Europe. This is despite the fact that up to 29th July, 2019 saw 16,391 arrivals, making it the second most successful route behind the Aegean crossing towards Greece (23,471 arrivals).