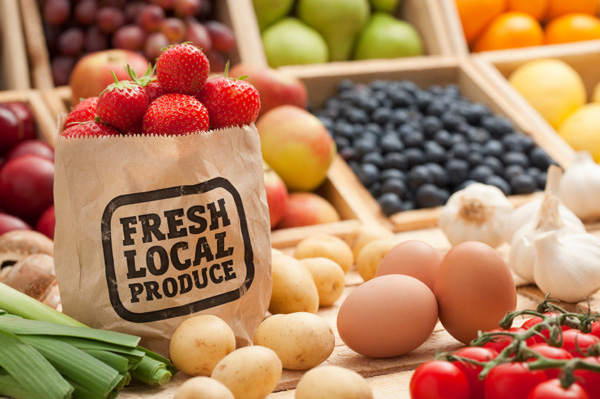 “I wouldn’t change my work with anything else, I’m happy working in the fields,” Youth farmers and people working in agriculture reportedly told the founder of MAYA Foundation (Malta Youth in Agriculture Foundation) Jeanette Borg. Newsbook.com.mt spoke to Jeanette about the strengthens and weaknesses of the sector, as well as about pesticides.

Borg said that there was a lot of interest shown by people. However the sector faces a lot of obstacles and was not coordinated properly in order to voice their concerns in a structured manner.

When asked about the recent reports on pesticide use, Borg said, that the discussion was exhausted. She stressed on the importance to move on, saying that if guidelines were needed, then people should work together to create such guidelines so that farmers could fight plant diseases effectively.

She said that after the reports which appeared in the media about pesticide use, the authorities were too slow in rebutting the claims. Referring to the recently published statistics by the Malta Competition and Consumer Affairs Authority (MCCAA), Borg, reiterated that according to this study, there was a positive trend over the past three years when it comes to pesticide use. She also referred to the Members of Parliament who are spokespersons for the sector who did not address the information which was being disseminated by the same reports.

When asked about the lack of coordination among farmers, Borg referred to the “divide and rule” mentality which was still very present in present day farmers. Saying that while in Northern Europe people would fight side by side, in Malta people fight each other. She said it was unfortunate that at present there was not more cooperation among farmers, saying that this would be beneficial not only when selling produce but having a stronger voice in order to defend their sector and interests.

The majority of the farmers are law-abiding citizens which would not spray their produce with excessive pesticides. Malcom Borg, the Deputy Director of the Institute of Applied Sciences at MCAST and responsible for agriculture was contacted for his reaction following the uproar with regards to the use of pesticides. He argued that farmers as entrepreneurs would not use excessive pesticides on their crops since this would increase their expenses.

Borg said that the majority of farmers are responsible and professional thus they have nothing to hide or fear. He also argued that the authorities and entities responsible need to increase their efforts and educate the farmers on existing alternatives.

When questioned about the rebuilding trust between consumer and producer, Borg said that huge misconceptions exist. He stressed on the uphill struggle faced by the farmers to rebuild their reputations especially in instances when it is not one’s fault.

He said that by increasing the traceability of the origins of the produce would help restore the trust between the producer and those buying the produce. He stressed that opportunities such as the farmers’ market help in rebuilding trust.

Borg also stressed on the need for greater coordination between the farmers themselves in order to have a stronger voice.

The Malta Competition and Consumer Affairs Authority published the results for testing of pesticides in food for the years 2015, 2016, and 2017. The figures published show that in 2017 there was significant improvement in the 2017 results and the trend seem to continue in 2018, although so far the sample size was too small according to the MCCAA.