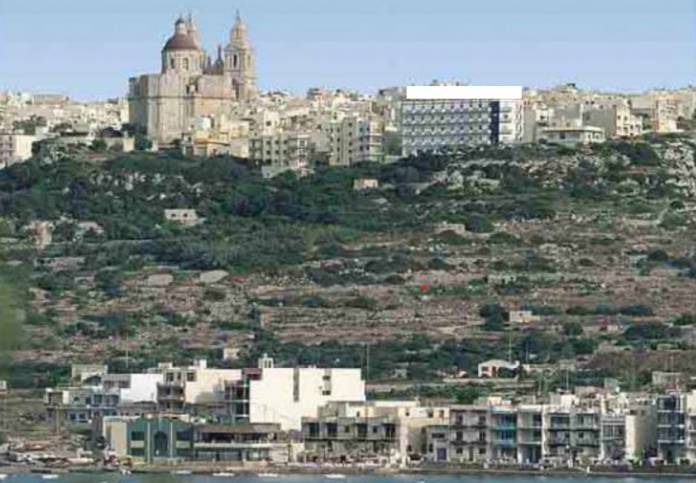 Ongoing construction is producing dusty, noisy, unliveable neighbourhoods, causing an alarming rate of respiratory diseases and killing people in the rubble of their own houses, while the PA continues to issue permits which violate PA regulations, destroying iconic skylines, open landscapes and bays and the Panorama Hotel development is a case in point, said the eNGO Flimkien għal Ambjent Aħjar in a statement on Wednesday.

The eNGO said that since the Panorama Hotel is built on a ridge edge, the Hotel Limitation Adjustment Policy does not apply to it.

It has also explained that the proposal, objected to by the Superintendence of Cultural Heritage, the Environmental Health Directorate and Mellieha Local Council, clearly runs counter to the Development Control Design Policy 2015, which specifies that a building shall not exceed the permissible height and that large expanses of the blank rear and party walls are not acceptable for development on ridge edges.

According to FAA the extra height requested will hide iconic Mellieħa church from some viewpoints while exposed blank party walls will ruin long-distance views of Mellieħa.

Nonetheless, the Panorama Hotel is demanding an extra floor when it already exceeds the permissible height. Flimkien għal Ambjent Aħjar said that the Planning Authority Board has announced its intention to overturn the Case Officer’s refusal and grant the permit tomorrow, a fact that FAA roundly condemns.

FAA also stated that this application violates the Strategic Plan for Environment and Development (SPED) Urban Objective 3 regarding the protection and enhancement of the area`s character.

Watch: Birkirkara social housing to be completed by 2021

John Paul Cordina   July 5, 2020
Labour Party president Daniel Micallef is all but set become his party’s deputy leader for party affairs – with former party propagandist Ramona Attard succeeding him as president – as each party post up for election later this month will be uncontested.