If the Planning Authority accepts this application, it will go against two years of past decisions against intrusive developments in Triq Santa Monika, Tal-Pietà, Tara Cassar of Flimkien għal Ambjent Aħjar, said.

Speaking to Newsbook.com.mt, the Architect and Planning Consultant explained that the current application for the Pietà streets of Triq Santa Monika and Id-Duluri, is the latest in a string of rejected developments over the last two years and one they hope will face the same fate.

‘The Planning Authority took such a strong position against all the previous ones. It needs to do the same here.’, Cassar said.

According to the FAA representative, the Planning Authority had shown persistence in the previous years by rejecting development applications which could adversely impact the cultural and visual integrity of the street and the architectural landscape.

These development applications; PA/02201/17 PA/09624/17, PA/02116/18, would’ve seen the demolition of existing properties and the ambitious construction of new dwellings with apartments, commercial spaces, basements with the potential of hitting the six storey height regulation.

Cassar says that these proposed building heights are the result of amendments in building policies and the local plan for the area.  Had these properties been given the go-ahead it would have had a serious physical and visual impact on the heritage and street scape. One of those key locations affected, would be Our Lady of Fatima Church.

Fatima Church to be buried behind massive development

Cassar also explains that added to these changes in the local plan, it is also ‘unfortunate’ that within the Planning Authority’s Local Plan for Tal-Pietà, the site does not sit within the confines of the Urban Conservation Area NHSE09. 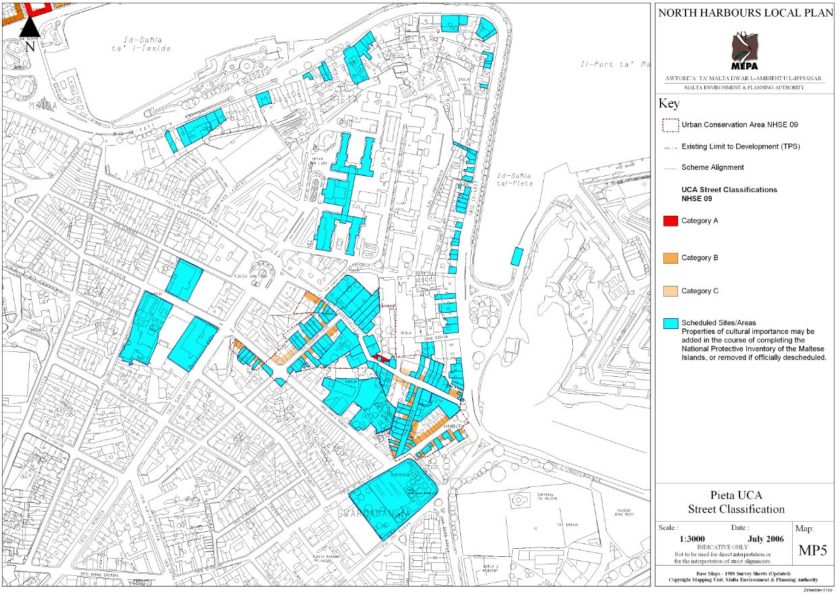 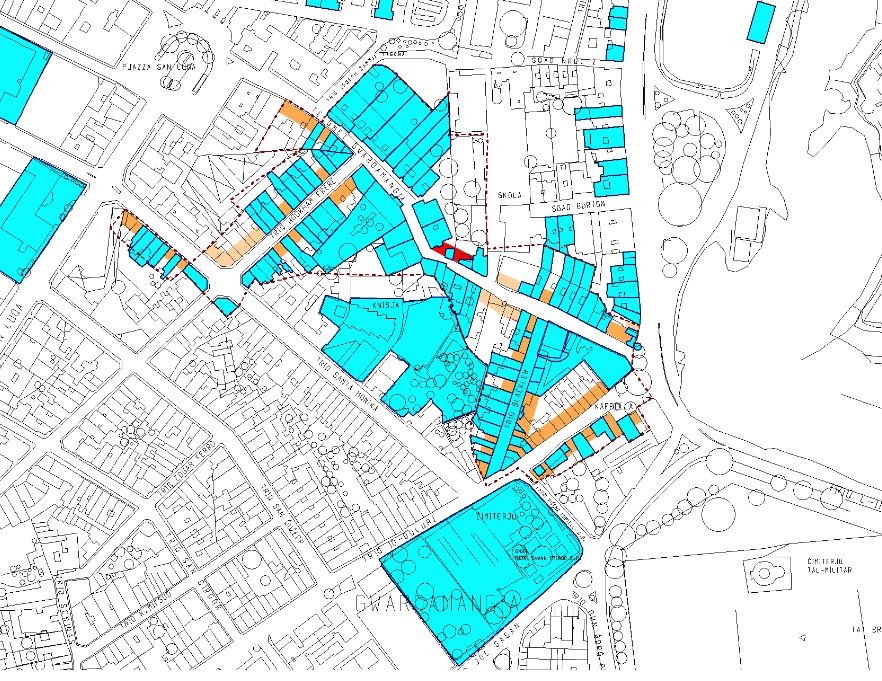 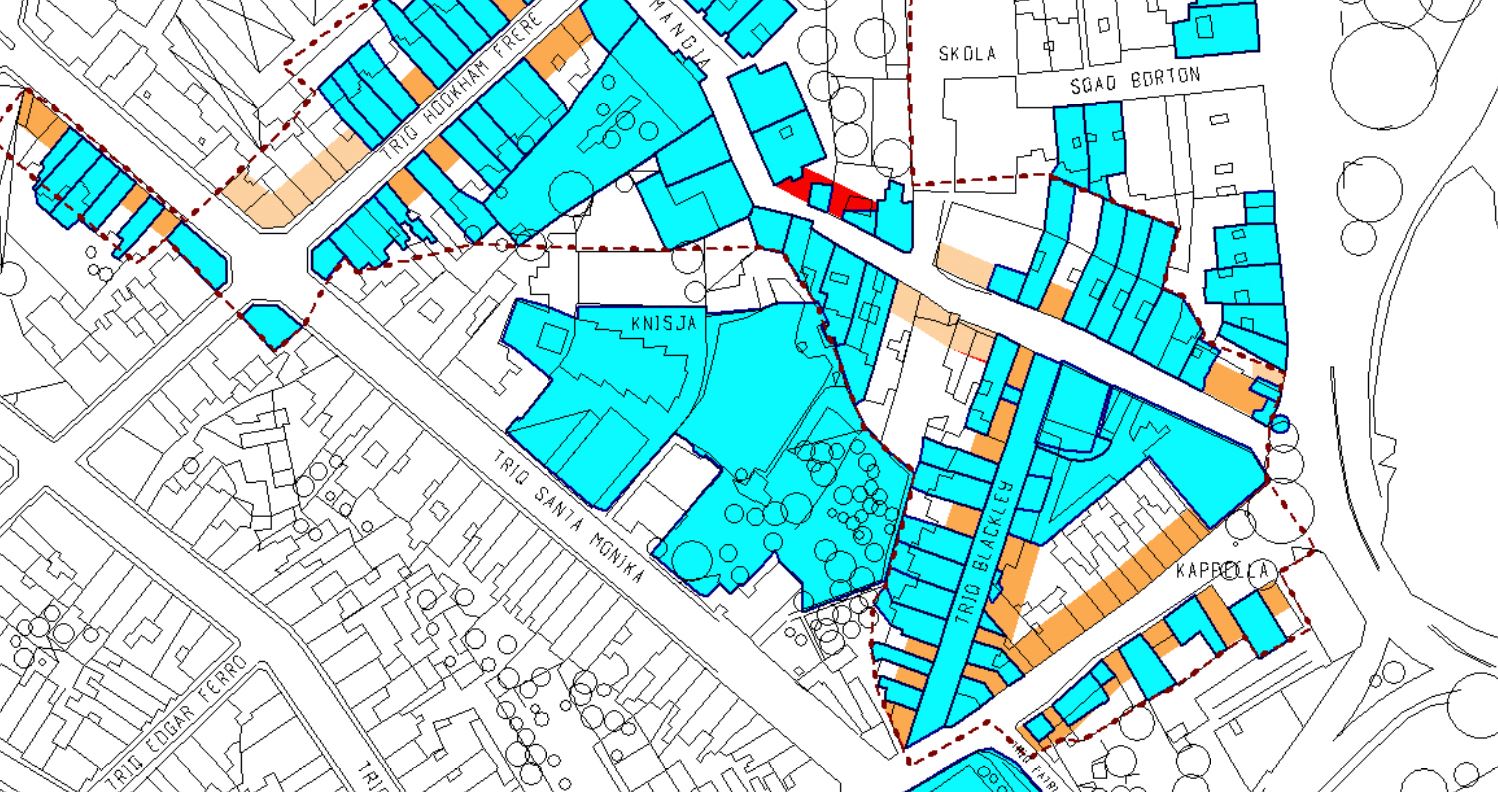 For some weeks now, Newsbook.com.mt has been covering the news of a proposed development on the streets of Santa Monika and Id-Duluri, which would see the construction of a 5 – 6 storey complex which would include 114 apartments, retail and commercial spaces and 69 garage and car parking spaces.

Twice as many apartments as there are car spaces

A number of questions have been raised about the impact of the development on the street and surrounding area, from the obstruction of views of Ta-Fatima church to the infrastructural and environmental impact and consequences for the architectural heritage of the area.

A petition has also been created by the Mayor of Pietà calling for signatures to support the protection of the local area’s character and a local investor who owns a grand property in neighbouring Guardiamangia street, has threatened to pull out if the development goes ahead. 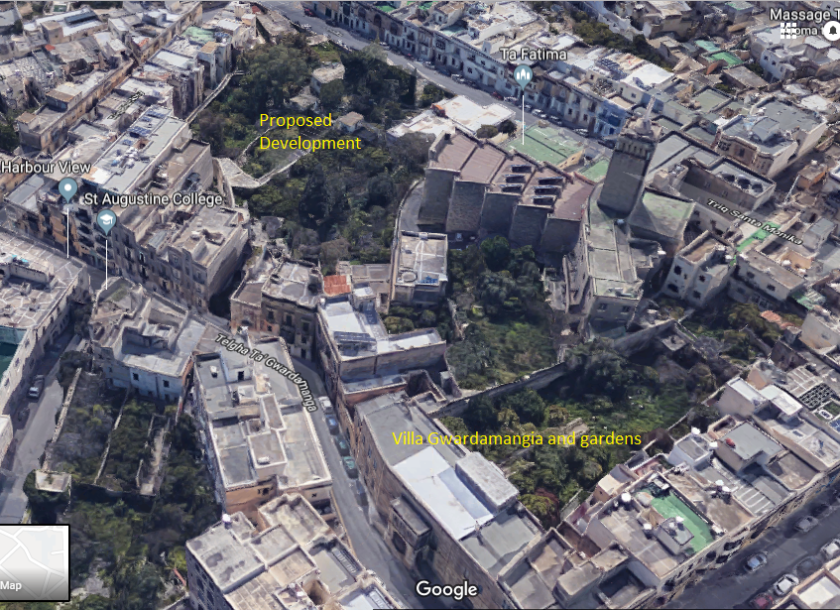 Common good on the back-burner

When asked for comment about how the proposed development will impact Ta’Fatima Church, the Interdiocesan Environment Commission explained to Newsbook.com.mt their concerns more generally that, ‘proper planning and the fact that the common good is obviously being placed on the backburner’. They added that this also showed the lack of consideration of how development impacted society. 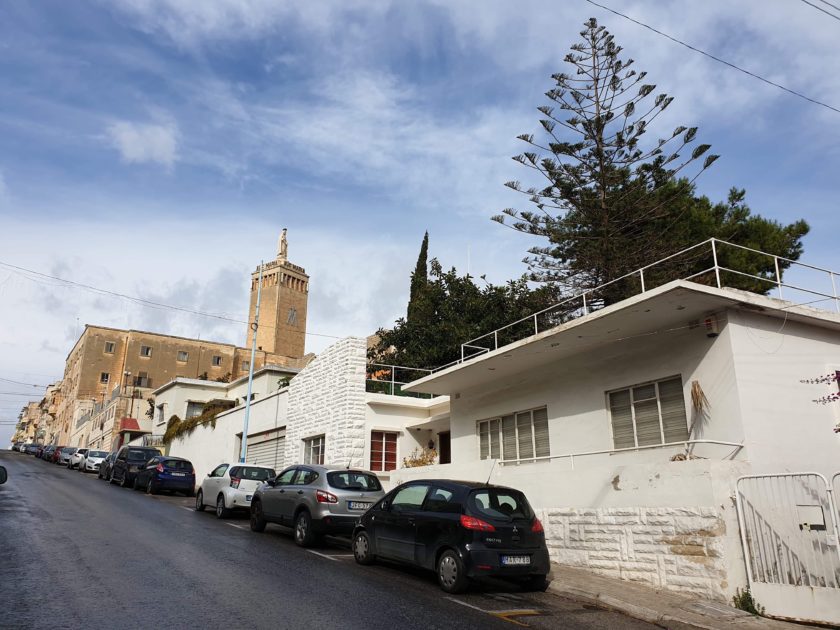 Speaking of impact, it is evident that both the Environmental Resources Authority and Transport Malta have been engaged in assessing the impact of the current application; PA8271/18.

Both organisations informed Newsbook.com.mt that they were engaged to carry out environmental screening of the location as well as a traffic impact assessment for the applicant during October 2018. There is no further information to state what the outcomes of these have been. 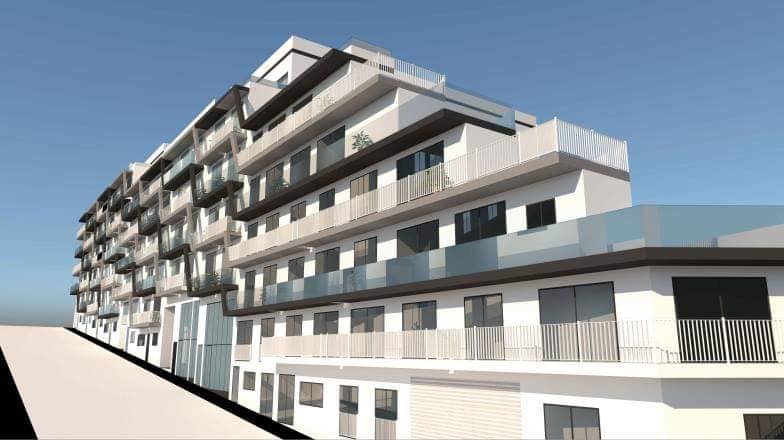 Cassar says she is happy that the local population is aware of the impact of the development and they are mobilizing against it. She says this will be very important during the time period when objections can be presented.

Once the registration period opens, those with an interest in the development will be allowed to coordinate their objections.

Cassar explains that it’s very important that the PA maintain its strong position and to seek to protect Malta’s cultural heritage in this street and throughout the country.

Despite this streak of rejections on developments, the FAA knows that the developers of these rejected developments are appealing. That means that they have not completely stopped.

Let us safeguard #Pietà's largest garden and the two remarkable post-war villas in Triq Santa Monica right next door to Ta'Fatima Church and in sight of #VillaGuardamangia. 114 flats. Retails for whom? Offices. Questiobable architecture. And only 69 car spaces. This 'wall of #greed' has to be prevented for the sake of Tal-Pietà. More: PA/08271/18Location of development: Villa Gauci and The Orange Grove, Triq Santa Monika c/w, Triq id-Duluri, Pieta, MaltaDescription of works: Proposed demolition of 2 villas and one dilapidated farm house, construction of 1 office (class 4A), 3 retail (class 4B) , 114 apartments including penthouses, proposed botanic garden, communal pool and underlying 3 levels of basement garages (44 garages, 25 car spaces, substation and refuse area).

‘It’s a very long process’, she explains and ‘another [Planning Commission] board could argue that the developer does have the right to build up to the height, disregarding heritage concerns.’

‘The issue is that this could start a domino effect. When one is approved, more could follow and the initial decision overrules previous arguments about the protection of the street scape.’

‘FAA is the only organization continuing to work on these cases at the appeals stage.’, Cassar clarified.