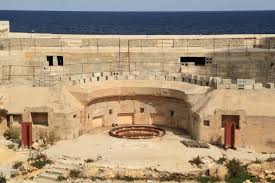 The FAA welcomed the public acquisition of Baroque palazzo, Villa Guardamangia, the Queen’s only place of residence outside the UK, which is to be restored and opened to the public.

In a statement, FAA said it is particularly hearted by minister José Herrera’s assertion that Government will acquire more assets with socio-political significance in future and that protection should go beyond the property itself to preserve its context.

This is what FAA has been calling for in its campaign to reverse the privatisation of Manoel Island, which would be of far greater benefit as a wooded heritage park, than as an enclave of yet more luxury apartments, it said.

Likewise, Sliema Local Council has been calling for Fort Cambridge, a British-period officers’ mess and military hospital to be scheduled since 2015, insisting that its architectural, military and social history are clearly evident and worthy of recognition. The project’s latest plans now propose a 31 storey building with the historic facade of Fort Cambridge reduced to a mere screen placed in front of the block, making a mockery of one of Sliema’s few surviving landmarks.