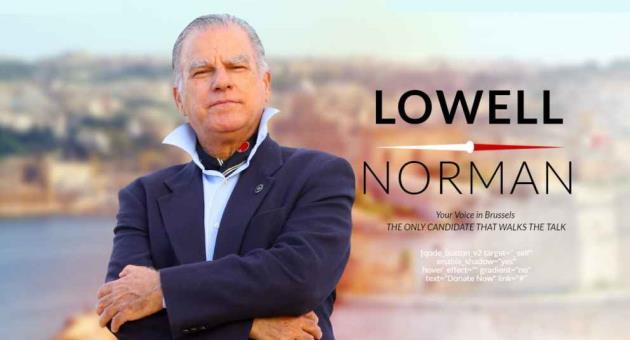 The television station ‘F Living’ was fined €1,160 for hate speech by the Leader of Imperium Ewropa Norman Lowell, during the television programme ‘Attwali’ which was broadcasted on the 5th of April.

The Broadcasting Authority said in a statement that Lowell’s comments could have installed hatred towards people of different races, religions, and nationalities. The broadcasting regulator added that  also said that he associated Muslims and Africans with aggressiveness.

The presenter of the programme had asked Norman Lowell about the ideology of Imperium Ewropa. Lowell said  that people with severe disabilities or are mentally defective should be either aborted or killed painlessly an hour after birth. The Authority stated that such statements go against the Broadcasting Act.

The Executive Officer of ‘F Living’ Karl Bonaci defended the station saying that the station was merely giving air time to the leaders of different parties which are contesting for the upcoming elections time. This is how democracy stays alive, and how we respect the freedom of expression of individuals and parties, said Bonaci. He concluded by saying that this is the way citizens are informed about who they will be voting for.

The Authority responded that although it is important that the freedom of expression is kept intact, the right is not absolute. The comments made during the programme, especially those against people with disabilities, were deemed to offend good taste, and the station was fined an amount of €1,160 due to be paid within 60 days.

Staff Reporter   September 16, 2020
A new hub by EIT Urban Mobility is set to raise awareness of urban mobility issues in Malta, while encouraging positive changes that aim to improve the island’s traffic situation.