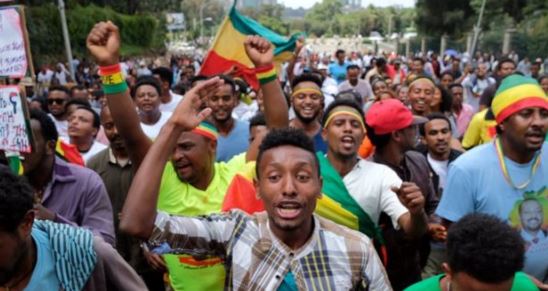 The new Prime Minister of Ethiopia Abiy Ahmed said many people died after a bomb exploded at a rally earlier this morning.

Ahmed was speaking at the rally, and was immediately taken to a safe place by the security forces. From the first investigations it appears that the bomb was a hand grenade which was put in the middle of the crowd consisting of thousands of people at Meskel Square in Addis Ababa.

Ahmed said he thought this was an attack carried out by those who do not want Ethiopia to join together and that this was part of a series of attacks by other ethnic groups who feel marginalised.

Ahmed forms part of the Oromo ethnic group which was subject to attacks against the Government that left thousands dead.

‘This is our home’: Kenya islanders demand say in foreign-backed projects