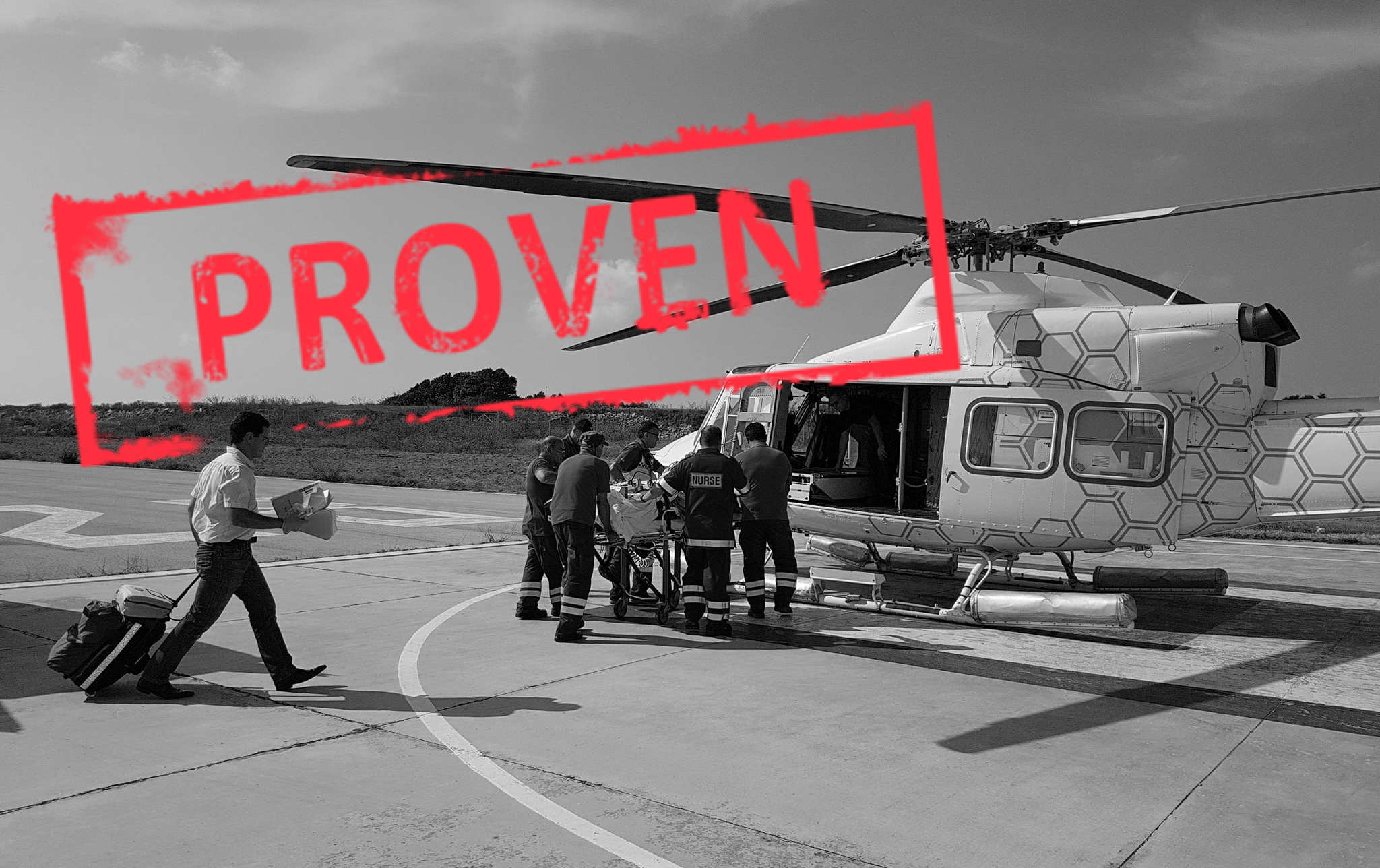 The air ambulance, run by the company Steward Healthcare, was not available to take a patient from Gozo to Mater Dei when doctors requested it, Newsbook.com.mt can confirm. The patient who was suffering from a heart attack had to wait for six hours at the Gozo hospital. This contradicts Steward’s management’s statement which said that the doctors recommended that the patient be left at Gozo General Hospital because his condition had stabilised.

New sources supplied Newsbook.com.mt with definitive evidence proving that the patient was admitted to the Gozo hospital run by Steward Healthcare hospital 10.02am on Friday 24th August. He was airlifted to Mater Dei Hospital at 4.30pm, meaning more than six and a half hours delay.

New professional sources in Gozo have confirmed that doctors had requested the patient be brought to Malta at 11am and were told that the helicopter was not available at the time. This was reconfirmed by separate sources in Mater Dei.

The patient unfortunately succumbed to his condition later on during the day.

This is not the first such serious incident. Nationalist MP Chris Said implied last Sunday 2nd September that even Labour MP Anton Refalo had to wait for a long time before an air ambulance was available to airlift him to Malta.

The story so far

The results of the inquiry will probably be published next week.

Sant’Anna residents and staff relocated to a hotel in Victoria

Sylvana Debono   May 29, 2020
In the Post-COVID world, work practices need to be re-defined as the way we work is changing rapidly.

Reuters   May 29, 2020
Several EU countries have paused trials of the drug in patients infected by the new coronavirus over safety concerns, the European Medicines Agency said, adding the drug's benefits have not been established for the illness.